The Hottest Coin of the Year 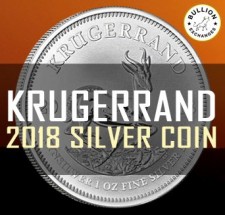 NEW YORK, July 11, 2018 (Newswire.com) - ​​In 1967, a seismic shift rumbled through the world. Not many people noticed it, but the ones who felt it suddenly felt hope and optimism for the future. The South African Mint released the first-ever mass-produced 1 oz. gold coin. The Krugerrand, as it was named, took on the name of South Africa’s first and only president from the late nineteenth century Paul Kruger, along with the Rand, the currency of South Africa. The Krugerrand gold coin was a breath of fresh air in the bullion and numismatic world because it reintroduced the joy of coin collecting to a whole new generation of people. It became an instant hit and the coin began to circulate all over the world. By 1980, the Gold Krugerrand accounted for almost 90 percent of all gold coins in circulation.

In 2017, the South African Mint released the 50th-anniversary edition of the Gold Krugerrand coin. This coin featured a special privy mark that commemorated this round date. Complementing the release of this coin, a silver edition of the Krugerrand was also minted. It was composed of one ounce of .999 fine silver and came in “premium uncirculated” condition. The mintage of the Silver Krugerrand surpassed one million coins. However, even with such an extended run, the Silver Krugerrand almost immediately started to trade at more than twice its original value.

This is the first year that the Silver Krugerrand will be released as a bullion coin, meaning that it arrives in Brilliant Uncirculated condition.

Due to such a high demand for these silver coins, there was considerable interest amongst numismatists and investors over the past year as to if and when the 2018 edition would be released. Today, Bullion Exchanges is proud to announce that the 2018 Silver Krugerrand coin is now available on pre-sale. This is the first year that this coin will be released as a bullion coin, meaning that it arrives in Brilliant Uncirculated (BU) condition, otherwise known as mint-state. With silver currently trading at an affordable rate, now is the perfect time to get invested in silver and other precious metals. 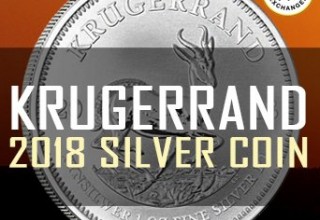 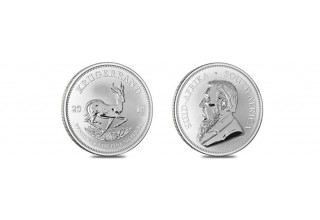 A View of the Past, a Vision to the Future
The American Liberty One-Tenth Ounce 2018 Gold Proof Coin is now available from Bullion Exchanges.
Bullion Exchange LLC - Feb 8, 2018