U.S. Army Specialist Adam S. Hamilton, a native of Kent, Ohio, graduated from Theodore Roosevelt High School in 2007. While in school, Adam was an All-American lacrosse player, the hockey career-goals record holder and a linebacker/wide receiver on the state playoff football team.

Adam joined the U.S. Army in 2009 and was deployed to Afghanistan in February 2011. On May 28, 2011, Adam was killed in action (KIA) from wounds sustained by an improvised explosive device (IED) during a night mission in Haji Ruf, Afghanistan. Adam was posthumously awarded the Bronze Star and Army Commendation Medal.

Because of the life Adam lived—in service to others—his family created a way to honor his ultimate sacrifice.

Out of the same selfless example, The Adam S. Hamilton Memorial Academic & Athletic Scholarship Fund was established to carry on Adam’s legacy of sacrifice and service to the community. Each year, two $10,000 scholarships are awarded to worthy Theodore Roosevelt High School seniors who have shown leadership in the classroom, on the playing fields and, most importantly, in the community.

“When I was notified with the tragic news of Adam’s passing, it devastated our family,” states Scott Hamilton, Adam’s father. “Eventually I understood Adam gave the ultimate sacrifice and died pursuing what he truly enjoyed doing. I find peace with that, and he taught me the gift of giving like he did. To give back to the community and students where Adam is from is such a blessing. To help others is such a great feeling and is healing as well. The Hammy allows us to bring the community together to raise money to help others and to continue Adam’s legacy. It is something I will do forever, as he deserves it and it gives me such pride and honor to watch how he continues to have such a huge impact on an entire community.”

CrossFit Cadre and its selfless community host the Hammy and Hometown Hero 5K and describes these events as a “powerful vehicle to honor U.S. servicemen and women while celebrating Adam’s life.” This event also gives community members the opportunity to make their own sacrifices, show their gratitude and test their mettle in the most supportive atmosphere imaginable.

The Hammy workout consists of:

“This event and the surrounding community have taken a tragic loss and transformed it into a positive, life-changing experience,” states Jason Welch, owner of CrossFit Cadre. “The beauty of this celebration is that it affords anyone the opportunity to make a small sacrifice and give back in a big way. Every year, we collectively swell with pride, get goosebumps, shed tears and revel in the gift of generosity. The Hammy Workout and Hometown Hero 5K consistently showcase the best humanity has to offer.”

For more information on this incredible event or to purchase tickets, please visit thehammy.org. 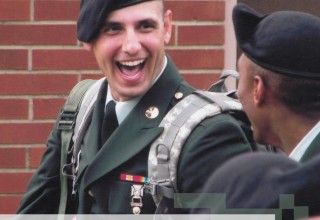