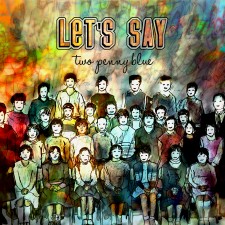 LONDON, October 23, 2017 (Newswire.com) - Two Penny Blue have today released their debut album ‘Let’s Say’, setting their place as ones to watch on the folk-rock scene.

New kids on the block Two Penny Blue, also known as Tommy, Will and Sean, began to gain notoriety earlier this year following the release of singles ‘Gypsy’ and ‘Lament’.

Their debut album features songs including ‘Restless Nights’, and ‘Bus’, the video for which was also released today, as well as the hit song ‘Blondie’ which earned their place as the “new found loves from the folk-rock side of indie [that] you need to get to know”.

Frontman and songwriter for the band Tommy Gathers described the album saying: “It follows the arc of my own growing up and the last four years of my life. There's a real mixture of sounds throughout the album and we've added a lot of elements to some of the tracks, with influences from ‘Pink Floyd’ to ‘Alice in Chains’. We’ve written an album about the very stage of life that we’re at and we love how it tells the story of our own lives, but will also be familiar to fans as part of their own coming of age.”

FRUK magazine described their previous hit ‘Lament’ saying: “With the smooth, luscious vocals of Tommy Gathers, sweeping emotion-strewn harmonies and a rich musicality, [it’s] a twinkling slice of folk-rock oozing a grand romanticism and soaring sense of joy. Though reflecting on the grim prospect of death, the band’s playful lyricism encourages us to accept its finality and just take life as it comes.”

For those new to Two Penny Blue, they’re an alternative folk-rock band, but they’re unique in that they’re also bluesy, grungey, and a little bit rock and roll. Describing themselves as the antidote to political drama and your Monday morning commute, anyone who’s seen them perform live knows they’re here to entertain. Their songs and the stories behind them tread the line between serious and ridiculous, just like them.

‘Let’s Say’ is available for download from iTunes and Spotify from today. 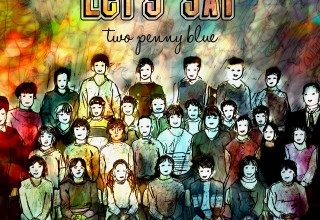 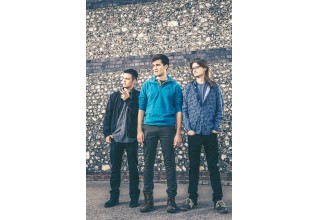 HOW ARE WE? WE'RE TOMMY, WILL AND SEAN. WHAT ARE WE? WE'RE AN ALTERNATIVE FOLK ROCK BAND. BUT WE'RE ALSO BLUESY, AND GRUNGEY, AND A LITTLE BIT ROCK AND ROLL. WE'RE THE ANTIDOTE TO POLITICAL DRAMA AND YOUR MONDAY MORNING COMMUTE.

Two Penny Blue Release New Single 'Blondie' - Out Today
The folk rock band Two Penny Blue have given the first look at their debut album 'Let's Say', with the release of the single and video of 'Blondie'.
Two Penny Blue - Sep 29, 2017
Newswire