The Explosion of Telemedicine via the "Internet of Things" by Steven R. Gerst, MD, MBA, MPH, CHE

Steven R. Gerst, MD discusses how advent of Telemedicine. The digital healthcare revolution and the Internet of Things ("IoT") could result in nearly $305 Billion in industry savings by increasing the use of Telemedicine, remote patient monitoring and consequent behavioral modifications 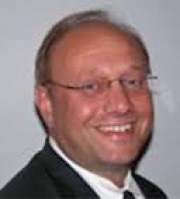 Goldman Sachs recently reported that the digital healthcare revolution and the Internet of Things (“IoT”) could result in nearly $305 Billion in industry savings by increasing the use of Telemedicine, remote patient monitoring and consequent behavioral modifications[1]. Over $200 Billion of these savings may come from remote chronic care management of diseases such as heart disease, COPD/Asthma and diabetes by leveraging telemedicine technology into the home, assisted living, eldercare, and long term care facilities.  117 million people in the U.S., about half of all American adults, have some form of Chronic Disease[2].

Congestive Heart failure is the leading cause of hospital admissions amongst the elderly, costing $34.8 Billion annually with over 20 million people afflicted with an incidence of 10 per 1000 population for patients >age 65, causing 278,000 people die each year[3]. Chronic Obstructive Pulmonary Disease, (COPD) is the 3rd leading cause of death in the U.S. costing $49.9 billion annually, including $29.5 billion in direct health care expenditures, $8.0 billion in indirect morbidity costs and $12.4 billion in indirect mortality costs. An estimated 715,000 hospital COPD discharges (2010) or 23.2 per 100,000 population. 65% of discharges were in people aged 65 years and older[4].

As low cost, high speed Broadband Internet is more widely available, more devices are being developed to include Wi-Fi capabilities and built in sensors realizing one of the greatest transformations in the U.S. healthcare industry. With these new technologies, the number of consumers using home health technologies is expected to grow to 78.5 million by 2020[5]. As a result, the mHealth industry is now predicted to reach $49.1 Billion the same year, a CAGR of 49.7% from 2014 to 2020, with monitoring services expected to be the dominant and fastest growing market segment.[6]

As a consequence, 2015 digital health funding has already surpassed $2 billion with mobile health companies bringing in the most funding at $214 million, personal health companies at $209 million. Wearables and biosensors has generated $387 million and analytics and big data brought in funding $212 million in funding[7].

Consistent with this rise in funding, Goldman Sachs reported the connected devices digital health market could also see revenues close to $32.4 billion in the next few years[8] as telehealth video consultation services expected to grow from 19.7 million in 2014 to 158.4 million by 2020 with IoT supporting 212 Billion connected devices representing an $8.9 trillion market[9]. One telemedicine company recently reported saving insurers an estimated $1,157 per patient per year, $21 per member per month from their services.

Steven R. Gerst: Digital healthcare is transforming the field of medicine by creating an endless mine of innovative resources to provide real time critical data for virtual visits.

IoT will create a new paradigm for how information and technology will interconnect. New digital sensor technology, telemedicine and patient/provider portals will all network together to allow physicians, patients, and hospitals to exchange HIPPA secured information daily, monitoring patients at home and in assisted living facilities much more cost effectively than ever before. Also known as Machine-to-Machine technology or M2M, The Internet of Things will be comprised mainly of machines communicating with one another, alongside computer connected humans who will be observing, analyzing and utilizing the tools and data that are now at their fingertips.

Vital sign and diagnostic data will be sent directly from the patient’s home via secure, HIPPA Compliant portals to telemedicine companies including data on the patient’s heart rate (pulse), blood pressure, pulse oximetry (blood oxygen saturation), EKG or rhythm strips, temperature, respiratory rate, blood glucose and weight and pictures of wounds, ear, nose, throat, dermatologic analysis and fundoscopic exams of the eye.  Most of this data retrieval and exchange will be wireless and eventually be sent directly into the patient’s medical record for continuity of care and more complete, transferable and retrievable medical records for routine and emergency care.

Steven R. Gerst: The healthcare industry is ready to implement digital health as a practical component in daily healthcare practice.

As the population ages, utilizing this technology for home care and assisted living situations may become an essential and cost effective approach to helping solve the ever increasing physician shortage throughout the nation, and in rural areas in particular.  For more advanced diagnostic needs, Clinical Decision Support systems like IBM’s Watson will be able to sort through reams of data in seconds to pick out key diagnostic factors in a patients history for both providers and payors.

M2M communications differ greatly from the classic 'human-to-human' (H2H) internet communications. The communication between devices will feature more nodes by orders of magnitude than H2H. Most of these are and will be low-bandwidth, upload-biased traffic with extremely low-power or self-powered (e.g. solar powered) devices. These applications will deliver and process information in real time, or near-real-time.

Hospitalized patients with non-life-threatening conditions can be issued these devices by the hospital or payor and be monitored remotely by medical staff.  In many cases, patients can be shown how to interpret the data themselves or send it to their telemedicine provider, which will free up hospital beds and physicians' time for more urgent cases.

Consumer-oriented sensors, many of which are already in the market, can encourage people to adopt healthier lifestyles through behavior modification for those with conditions such as obesity and smoking cessation, reducing healthcare costs and reducing the number of physical doctor visits and hospitalizations necessary.   For Accountable Care Organizations, this could offer tremendous savings and a new, more efficient consumer-facing healthcare ecosystem.

[1] Stern, C. (2015). “Goldman Sachs says a digital healthcare revolution is coming — and it could save America $300 billion.” Business insider (June 29).  As found at: http://www.businessinsider.com/goldman-digital-healthcare-is-coming-2015-6

[2] Centers for Disease Control.  Chronic Diseases and Health Promotion. As found at : http://www.cdc.gov/chronicdisease/overview/

[5] Tractica (2015). More than 78 Million Consumers Will Utilize Home Health Technologies by 2020 (April 20). As found at: https://www.tractica.com/newsroom/press-releases/more-than-78-million-consumers-will-utilize-home-health-technologies-by-2020/

[8] Stern, C. (2015). “Goldman Sachs says a digital healthcare revolution is coming — and it could save America $300 billion.” Business insider (June 29).  As found at: http://www.businessinsider.com/goldman-digital-healthcare-is-coming-2015-6

[10] Markoff, J. (2015).  IBM Discloses Working Version of a Much Higher-Capacity Chip The New York Times. July 9. As found at: http://mobile.nytimes.com/2015/07/09/technology/ibm-announces-computer-chips-more-powerful-than-any-in-existence.html?referrer=&_r=0

Waterfall Villas Wellness Retreat in Costa Rica Now Offers the New Pegan Diet
Waterfall Villas Wellness Retreat is the first resort in Costa Rica to offer the Pegan Diet, a hybrid of Paleo and Vegan cuisines. The Pegan diet takes the best, most healthful qualities of both diets, creating an eating style that combines the better of both worlds!
TopofGoogle - Jul 31, 2015

Steven R. Gerst: The Growing Impact of Telemedicine on the Delivery of Healthcare.
Dr. Steven R. Gerst, respected Health Informatics expert, shares information about the changing landscape of American healthcare, and how telemedicine is revolutionizing its delivery to more patients.
TopofGoogle - Jun 22, 2015