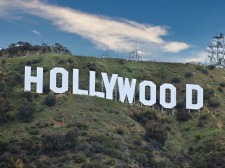 LOS ANGELES, July 12, 2021 (Newswire.com) - Film entertainment in the U.S. attracts billions of dollars annually and this is especially true with popular film franchises. The everlasting demand for movie sequels grows more each year in Hollywood. In its latest article, Digital Hollywood 24/7 looks at the cost of the classic hit Beverly Hills Cop franchise starring Eddie Murphy.

Beverly Hills Cop was the most successful movie of Eddie Murphy's career and almost certainly the best. Following its initial release in 1984, the franchise has grown tremendously over the years. As the leading actor, Eddie Murphy had more than enough charisma to carry the role of Axel Foley. Popular Hollywood films will continue to inspire audiences, and since this is evident, we have to say the release of the first Beverly Hills Cop on December 1, 1984, still proves the position that these audiences still love genre-defining blockbusters. The Digital Hollywood 24/7, an online news entertainment source, provides 24-hour access to a number of movie history analyses and lifetime revenue of film franchises, including the Beverly Hills Cop series, keeping its readers up-to-date on the latest films in Hollywood.

Click here to read the latest article all about the Beverly Hills Cop franchise and how much each film cost the producer and the studio to make and promote over the last 30 years on https://DigitalHollywood247.com/.

The editors of Digital Hollywood 24/7 have put together a free podcast series available now on the website exclusively for newsletter subscribers. This podcast gives fans up-to-date information on the latest Hollywood news. You can subscribe and listen now for free by going to http://DigitalHollywood247.com.

Internet Media & Entertainment, Inc. is one of the fastest growing television, podcast & entertainment networks in the world.