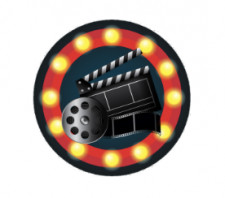 LOS ANGELES, July 8, 2021 (Newswire.com) - Franchising, the concept of building a brand that speaks to an audience and then scaling it as far as possible, is a mainstay in Hollywood. In its latest article, Digital Hollywood 24/7 looks at the cost of The Fast and The Furious franchise.

Digital Hollywood 24/7 is an online news entertainment source that provides 24-hour access to movie reviews and news, keeping its readers up to date on the latest films in Hollywood. Following the initial release of The Fast and The Furious in 2001, this franchise has expanded significantly and given its audience hit after hit. Since its release on June 25, 2021, the latest installment of The Fast and The Furious proves that audiences still love the content of this big blockbuster series.

In The Fast and The Furious franchise, Vin Diesel, Ludacris, and Tyrese Gibson leave audiences mesmerized with car crashes and other explosive effects that fans of the franchise have grown to love. If you've ever wondered how much the effects in some of these films cost, Digital Hollywood 24/7's team of researchers did a deep dive and broke down the total cost of all nine movies. Each film not only used serious special effects but also damaged or destroyed hundreds of regular cars and "special" vehicles — including custom cars, helicopters, and, at one point, a tank.

Click Here on DigitalHollywood 24/7.com and read the latest article about The Fast and The Furious franchise and how much money each film costs the producers and studio to make.

The editors of Digital Hollywood 24/7 have put together a free podcast series available now on the website exclusively for newsletter subscribers. This podcast gives fans up-to-date information on the latest Hollywood news. You can subscribe and listen now for free by going to http://DigitalHollywood247.com.

Internet Media & Entertainment, Inc. is one of the fastest growing television, podcast & entertainment networks in the world.