Rally to be held in Santa Clarita 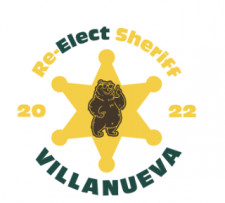 SANTA FE SPRINGS, Calif., April 13, 2022 (Newswire.com) - The campaign to re-elect Sheriff Alex Villanueva will hold its second campaign rally on Saturday, April 30, 2022, in Santa Clarita, California. The event will begin promptly at 10:00 a.m. PST with a crowd of hundreds expected to be in attendance.

The rally will give Sheriff Villanueva the opportunity to further connect with the community he serves. Villanueva will be the keynote speaker and will be joined by civic leaders from across the political spectrum, as well as speakers representing grassroots communities and our diverse supporters.

"I look forward to meeting my supporters and members of the community at my next rally in Santa Clarita. My goal is to hear from as many of you as I can about the issues that are a priority to you. We will continue to push for reform and smart solutions to our county's biggest challenges including out-of-control homelessness, drug addiction, and rising crime. With your support, we can once again make Los Angeles one of the safest, most sought-after destinations in the country," said Sheriff Alex Villanueva.

To date, Villanueva's campaign has been endorsed by a diverse coalition of supporters which is growing daily including current and former mayors, councilmembers, school board members, civic and religious groups, and more.