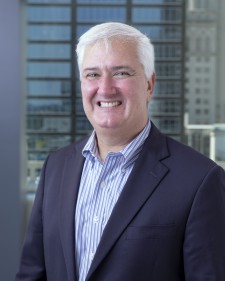 GREENSBORO, N.C., July 29, 2020 (Newswire.com) - ​The Brooks Group – a corporate sales training and consulting business that has helped to build high-functioning, successful sales organizations since 1977 – has named Gary Fly as President, it was announced today.

Fly, a senior executive with a quarter-century of elevating teams and enterprises to new levels of success, innovation, and client satisfaction, will pick up the baton of managing the day-to-day operations of The Brooks Group from Will Brooks, who will retain the title of Chief Executive Officer. Co-owner Jeb Brooks also will remain involved in driving The Brooks Group’s strategic direction.

In his role as President of The Brooks Group, Fly seeks to extend the success and legacy established by company founder William T. Brooks and which second-generation owners Jeb Brooks and Will Brooks honed and grew during the company’s rich, 40-plus-year history.

In shepherding The Brooks Group into the post-COVID-19 “Next Normal,” Fly will focus on the continued refinement of the company’s mission with an emphasis on embracing the shift to virtual delivery of training programs, faster new product development, and exciting consultative services.

After working with The Brooks Group in an advisory role on strategic initiatives for many years, Fly joined the team full time in 2019. He quickly made an impact by spearheading revenue-generating initiatives and go-to-market strategies that resonated with a changing marketplace. His focus on team building and results helped cross-functionally across The Brooks Group, delivering on the organization’s revenue performance goals and earning him a promotion to Chief Revenue Officer in early 2020.

“Gary brings a level of enthusiasm and dynamism to The Brooks Group that has energized our hallways and meetings since he joined the firm last year,” said Will Brooks. “With the way in which he helped our company pivot quickly to ensure our services remained relevant and compelling in the face of COVID-19, we knew Gary was the right choice to guide our operations, to inspire and motivate our people, and to ensure we are delivering value to our customers.”

Gary has held previous executive-level positions, including the SVP of Operations for Waffle House, overseeing more than 2,000 associates and more than 100 locations throughout the southeastern U.S. In addition, Gary built a successful consulting practice, with a specialization on revenue growth for businesses earning between $15 million and $50 million.

Gary obtained a Bachelor of Industrial and Systems Engineering degree from Georgia Tech and an MBA from Vanderbilt University.

His industrial engineering background has given Gary the unique ability to analyze the corporate structure and identify process gaps and ensure organizational effectiveness through a confluence of the right people, the right process, and the right products.

About The Brooks Group

Founded in 1977, The Brooks Group is an award-winning B2B sales training company focused on bringing practical, straightforward solutions to your sales force selection and training challenges.

Struggle for Relevance in Pandemic-Stricken Marketplace is Near-Universal, Sales Leaders Say
Sales challenges, team alignment, and personal distractions among the causes noted in the 2020 Sales Leader Survey, administered by The Brooks Group
The Brooks Group - Aug 3, 2020