The Big Pitch Seeks to Fund America's Next Great Filmmaker 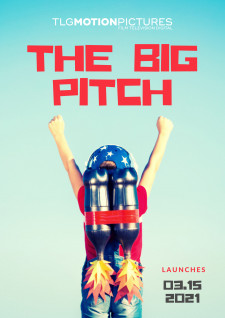 Previously only open to aspiring BIPOC filmmakers in Seattle, this is the first time The Big Pitch will be accepting submissions on a national level. Now through March 31, eligible individuals may submit their television or film concept for an opportunity to win a $20,000 Service Grant toward the development of their project, as well as other professional support to bring their film, series or short to fruition. Additional updates to The Big Pitch include the opportunity for applicants to submit short film concepts for the first time.

"We created this competition with the hope of uplifting young creatives who otherwise would be presented with very few opportunities in Hollywood," says LeMarco. "What was once a local Seattle competition has now grown into a powerful opportunity for BIPOC filmmakers nationwide."

Last year's winner of The Big Pitch was 25-year-old Mexican-American filmmaker Crisantos Chavez of Tacoma, Washington. His film "PRIV-I-LEGE" followed the story of a 13-year-old boy who gets a crash-course in privilege after transferring from a prestigious school to the lowest-performing middle school in the country. However, Chavez's was just one of many impressive submissions from last year's competition. Nine additional finalists were also selected to pitch their project to top Hollywood executive producers.

To enter The Big Pitch, eligible individuals are asked to submit a one-sheet pitch detailing their television or film concept to bigpitch@tlgmotionpictures.com. A script, reference images, and comparable movie or television examples are also encouraged, though not required.

The official production company of the Emmy nominated reality series Hoarders on A&E Networks, TLG Motion Pictures provides financing, development and production services for original television, film and digital content and works with production companies, agencies, studios, private equity lenders and financial institutions to package quality projects for domestic, international and OTT distribution. Our partners include many of the biggest names in film, cable and television.