The American Youth Symphony (AYS) celebrates the theme of their 2018/19 season, The Year of the Woman, with a program featuring works by leading female composers Lera Auerbach, Susan Botti and Jennifer Higdon. AYS Music Director Carlos Izcaray curated this concert to showcase the inspiring contributions of female artists and creators. This event is presented in partnership with the Feminist Majority Foundation and Ms. Magazine and will include a pre-concert Q&A featuring women composers and feminist leaders.

The program will feature Susan Botti’s EchoTempo, for which the composer will also appear as the soprano soloist. EchoTempo is a setting of Native American translations for soprano, percussion and orchestra, commissioned by the New York Philharmonic in 2001 and lauded by The New York Times as “striking” at its premiere. In this dual concerto, Ms. Botti and the orchestra will be joined by percussionist Ted Atkatz, who is both a respected classical musician and the founder and frontman of the alternative rock ensemble NYCO.

Also on the program is Grammy- and Pulitzer Prize-winner Jennifer Higdon’s Concerto for Orchestra and Icarus by Lera Auerbach. Auerbach, whose work has been hailed for its “extraordinary power and intensity” (The New Yorker), will be remembered by AYS audiences for her commissioned piece Dreams and Whispers of Poseidon which the orchestra performed both in Los Angeles and at Carnegie Hall during their celebratory 40th season in 2005.

The Year of the Woman is inspired by the global movement for recognition of female artists, creators and leaders. The American Youth Symphony is proud to be at the forefront in the conversation around female representation and diversity in classical music and honored to feature three such extraordinary women at this capstone event.

Both the Q&A at 6 p.m. and the concert at 7 p.m. will be held at UCLA’s historic Royce Hall and are free and open to the public. AYS concerts are frequently at-capacity, so reserving in advance is strongly encouraged.

Reserve complimentary tickets online at AYSymphony.org/tickets/ or by phone at 310.470.2332.

Heralded as “the finest youth symphony on earth” by KUSC’s Jim Svejda, the American Youth Symphony has been fulfilling its mission to inspire the future of classical music for over 50 years. AYS presents exceptional, innovative concerts based on a landmark fellowship program for young professional musicians in high school through doctoral music programs. Competitively selected, the 100-piece orchestra represents extraordinary talent from all over the world. AYS concerts are shared for free or significantly reduced admission out of a commitment to creating access and opportunity for everyone to experience the power and inspiration of this beautiful art form. Learn more at aysymphony.org.

AYS Music Director Carlos Izcaray has an international reputation as a seasoned composer, conductor and educator. Izcaray is a strong believer in supporting younger generations, working extensively with the world’s top talents and leading music institutions. In addition to having led prestigious orchestras in Colombia, Argentina, Switzerland, Italy, South Africa and more, Izcaray has distinguished himself as a talented instrumentalist who has been featured as a concert soloist and chamber musician worldwide. Throughout his career, Izcaray has shown special interest and prowess in tackling some of the most complex scores in the symphonic repertoire, while championing a historically informed approach to works from past eras. He also serves as music director of the Alabama Symphony Orchestra, with whom his recent orchestral composition Yellowhammer received rave reviews for its world premiere in February 2018. Learn more at www.carlosizcaray.com.

As composer and performer, Susan Botti’s eclectic background and experiences are reflected in her music. Her musical explorations have encompassed traditional, improvisational and non-classical composition and singing styles. Botti is the recipient of numerous grants and awards, including the Goddard Lieberson Fellowship from the American Academy of Arts and Letters, a Guggenheim Fellowship and the Rome Prize; and grants from the National Endowment for the Arts, the Aaron Copland Fund, NY Foundation for the Arts, ASCAP and the Foundation for Contemporary Performance Arts. A recording of Botti’s vocal chamber music listen, it’s snowing features her operatic soliloquy Telaio: Desdemona. Called “striking emotional music …” (Opera Magazine), this work has been performed in numerous venues including New York City, Taipei, Santa Fe, Atlanta and Washington, D.C.

Lera holds degrees from the Hanover University of Music, Drama and Media and The Juilliard School, where she received the P. and D. Soros Fellowship. The World Economic Forum in Davos, Switzerland, selected Lera in 2007 as a Young Global Leader and in 2014 as a Cultural Leader, where she lectured on borderless creativity, a fascinating topic that she also presented at the University of Michigan, Harvard University, the Open Society Institute and other venues. Learn more at www.leraauerbach.com.

Jennifer Higdon is one of America’s most acclaimed and most frequently performed living composers. She is a major figure in contemporary classical music, receiving the 2010 Pulitzer Prize in Music for her Violin Concerto, a 2010 Grammy for her Percussion Concerto and a 2018 Grammy for her Viola Concerto. Most recently, Higdon received the Nemmers Prize from Northwestern University which is given to contemporary classical composers of exceptional achievement who have significantly influenced the field of composition. Higdon enjoys several hundred performances a year of her works and blue cathedral is one of today’s most-performed contemporary orchestral works, with more than 600 performances worldwide. Her works have been recorded on more than 60 CDs. Higdon’s first opera, Cold Mountain, won the prestigious International Opera Award for Best World Premiere and the opera recording was nominated for two Grammy awards. Dr. Higdon holds the Rock Chair in Composition at The Curtis Institute of Music in Philadelphia. Her music is published exclusively by Lawdon Press. Learn more at www.jenniferhigdon.com.

Former principal percussionist of the Chicago Symphony Orchestra, Edward (Ted) Atkatz has performed with the Atlanta Symphony, Boston Symphony, Boston Pops, Hong Kong Philharmonic, Houston Symphony, Los Angeles Philharmonic, Pacific Symphony, Seattle Symphony and the Santa Barbara Symphony. Now residing in Los Angeles, Ted is a studio musician as well as a performer in both the orchestral world and with his band NYCO. Ted is an active teacher and clinician: he’s currently a faculty member at the Colburn School; the Bob Cole Conservatory of Music; Lynn Conservatory of Music in Boca Raton, Florida; the Music Academy of the West in Santa Barbara, California; and the Texas Music Festival in Houston, Texas. He has given clinics and masterclasses worldwide and has been a three-time PASIC clinician. 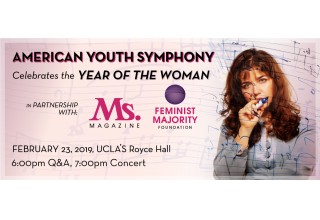 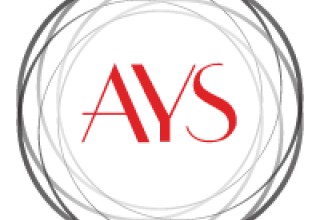