'The 9th Raider,' a Post-Apocalyptic Movie, Sought Out Blockchain Technology Partner ARK.io to Build a Real Model for Surviving, and Maybe Even Thriving in the Future World

Movie premise concludes blockchain tech visionaries like ARK.io would power digital currency, help earth's sole survivors authenticate fresh supplies and resources like clean water and medicine. With ARK.io technology in the story and in real life in the future, humans may find fairer tribal governance as transparent computerized voting on the blockchain. 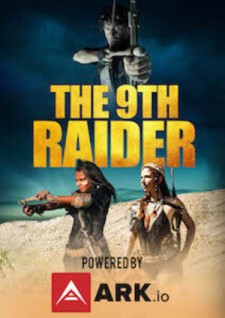 LOS ANGELES, October 29, 2020 (Newswire.com) - Movies like George Lucas' Star Wars long ago imagined future plasma rocket technology and, years later, scientists started to develop them for real. Star Trek creator Gene Rodenberry dreamed of flip phones, which were later introduced decades later as the "Motorola flip" phone. MGroup announced today, the arrival of The 9th Raider, a post-apocalyptic movie franchise imagining how the most disruptive technologies of the century, blockchain computing and AI (artificial intelligence) led by real-world companies like ARK.io, would transform the future world. Blockchain is a system of recording information in a way that makes it difficult or impossible to change, hack or cheat the computerized system.

The 9th Raider is an imaginary movie set in the year 2037. Eight apocalyptic events have raided the earth and turned it into a barren wasteland where a few tribes fight to survive. What will happen when the 9th comes?

The producers, M Digital Studios, are world leaders advising and building several emerging blockchain movie streaming platforms, video gaming platforms and music streaming projects - all of which tap into this new, more equitable network where fans, artists and stakeholders contribute in commerce and content offerings. Fans and creators currently complain that streaming platforms and studios are not transparent with information and have no accountability and transparency for stakeholders in movie projects. As the film storyline demonstrates, certainly blockchain is not only likely to survive but may be critical for human survival. Once humans fully understand it, like in the story, they very well will demand it. Blockchain tech designed by ARK is leading the way with promises to create transparency for all worldwide participants, stakeholders and users of currency, reporting real-time engagement and what participants' trends are.

Blockchain technology destroys this old paradigm and has been described as a cutting-edge Internet 2.0-type technology that has produced new innovations that are behind everything from Bitcoin to better real-time banking transactions and movie streaming solutions that allow fans and content creators to see in real-time how their viral "word of mouth" is spreading. Even movies themselves could potentially reward creators and users financially and automatically based on set parameters picked in the blockchain itself; this could also dramatically affect actors and even their contracts for the better.

The movie is currently filming in Fall 2020 in Southern California, USA.

NFT- From the Collection With Legendary Korean Artist Hooranky Bae Sells at NFT Blue Auction for $5,050,050
Hooranky Bae's NFT is now one of the top-ranked NFT Art sales in world history with sale on NFT Blue Platform.
MGroup - Jul 27, 2021