Promoting Enforcement of Our Borders and Our Laws 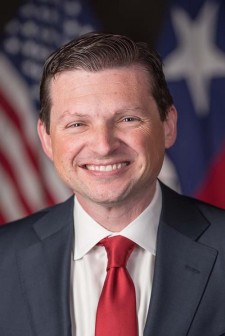 1. To be a nation, we must secure our borders by building a wall across our border with Mexico.

Rick Walker believes that the needs and security of America, especially America's kids, should be a priority.

2. We must enforce the existing Constitutional laws which address immigration issues.

3. Immigration policies must improve jobs, wages and security for every American.

Rick Walker believes that the needs and security of America, especially America's kids, should be a priority. He plans to set up tough immigration policies so that the United States will once again put American citizens first. For example, as the candidate who has created more jobs than all other candidates combined and who uses eVerify in his business, Walker believes eVerify should be strengthened and made mandatory to prevent illegal employment activities.

Rick Walker is a leader across multiple domains - business, global and nonprofit arenas - who is dedicated to serving others. The founder of a job-creation machine and former Chairman of a global organization while in his 30’s, he has proven himself more than capable of accomplishing important tasks and getting things done.

About Rick Walker for Congress

Rick Walker is a Conservative Republican running for Texas' Second Congressional District. Paid for by Rick Walker for Congress.