Fans don't have to travel to San Diego or New York to meet Comic Book Creators, as TERRIFICON brings the largest gathering of talent in all of New England to Mohegan Sun Expo Center 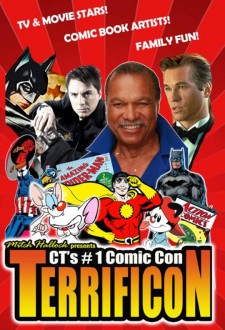 Superhero TV, Movie and Animation Stars
TERRIFICON is also bringing actors from classic superhero TV and movies to Mohegan Sun, including actor BILLY DEE WILLIAMS, the original Lando Calrissian from STAR WARS: THE EMPIRE STRIKES BACK AND RETURN OF THE JEDI, and soon to appear in the forthcoming final chapter of the Skywalker saga, STAR WARS: THE RISE OF SKYWALKER, later this year. Mr. Williams also starred in the 1989 big-screen adaptation of BATMAN. Joining Mr. Williams is his BATMAN costar, comedian ROBERT WUHL. Also celebrating the big-screen adventures of the Dark Knight will be actor VAL KILMER, who was the lead in 1995’s classic film, BATMAN FOREVER. Rounding out the guest list from the world of television will be actors JOHN BARROWMAN from DOCTOR WHO, TORCHWOOD and ARROW, JOHN WESLEY SHIPP, star of the 1992 FLASH and who would later return in the 2014 and current hit FLASH series. From the world of horror is TONY TODD, with over 200 roles from the lead in the classic CANDYMAN series, and DEREK MEARS, who played the murderous Jason in the FRIDAY THE 13th series. From the original CAPTAIN AMERICA 70s tv series, REB BROWN, and the voice actors from the classic animation series ANIMANIACS, PINKY & THE BRAIN, JUSTICE LEAGUE and NARUTO will also be joining the action at Mohegan Sun starting August 9.

New England’s Largest Comic Creator Guest List
Taking full advantage of the spacious Earth Expo Center, TERRIFICON producer Mitch Hallock has assembled a massive gathering of comic book creators of today’s hottest titles to epic tales of yesteryear. The guest list of comic book artists and writers will be the largest in New England and includes writer/artist JIM STARLIN, the creator of Thanos and the Infinity Gauntlet storyline, which was the basis of this summer’s blockbuster film “Avengers: Endgame.”

TERRIFICON has free parking and children 8 and under are admitted for free with a paying adult. Tickets start at $26.00 and can be purchased at the Mohegan Sun Arena Box Office seven days a week or online on Ticketmaster. Comic book shops throughout the Connecticut area are also selling tickets for TERRIFICON. See locations and more information on the website www.terrificon.com.

About Big Fedora Marketing, LLC: Started in 2012, the Connecticut-based firm has been producing and organizing comic conventions throughout the Nutmeg State. Owned by Mitch Hallock, a lifelong comic book fan, with a long career in advertising, marketing and event planning since 1990. Hallock’s goal is to deliver the excitement that fans get from comics and games and deliver that tenfold into several days of pure fun at his conventions. Since 2015, Big Fedora’s conventions have been held at Mohegan Sun in Uncasville, Connecticut. “TerrifiCon, CT’s Terrific Comic Con” and “CTGamerCon” have been praised by actors, comic book professionals and fans.

ABOUT MOHEGAN SUN:  Owned by Mohegan Gaming & Entertainment, Mohegan Sun is one of the largest, most spectacular entertainment, gaming, dining and shopping destinations in the United States. Situated on 185 acres along the Thames River in scenic Southeastern Connecticut, Mohegan Sun is home to three unique casinos, 1,600 deluxe hotel rooms, two world-class spas, a golf course, over 90 shops, restaurants and bars, as well as three award-winning entertainment venues including a 10,000-seat Arena. Mohegan Sun is within easy access of New York, Boston, Hartford and Providence and located 15 minutes from the museums, antique shops and waterfront of Mystic Country. More information is available by calling 1.888.226.7711 or visiting mohegansun.com. Connect with us on Facebook, follow us on Twitter and Instagram @mohegansun, view us on YouTube and find us on Snapchat at the username MoheganSun.​ 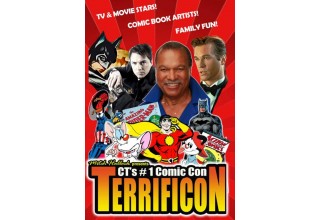 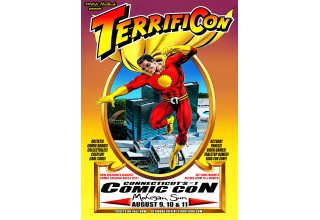 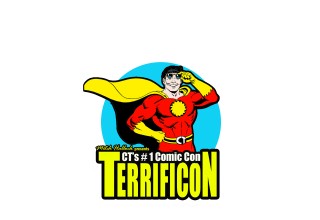