TEDxIVC is Back and Tickets Are Free 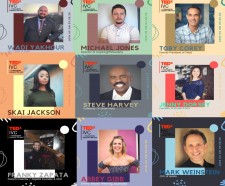 IRVINE, Calif., January 16, 2020 (Newswire.com) - TEDxIVC is well underway in Orange County as an ambitious TEDx event that will be hosted on March 6, 2020, at the Yost Theater in Santa Ana. After significant setbacks near the end of 2019 due to drastic changes within the Irvine Valley College Administration, TEDxIVC is back and going full force as speakers and organizers prepare to deliver OC what’s anticipated to be one of the greatest TEDx events of 2020.

TEDxIVC will have nine speakers and two performers.

Applications for tickets to TEDxIVC are out now, and tickets will be given away for free. TEDxIVC is not-for-profit with the sole intention of sharing ideas worth spreading. TEDxIVC will have tickets made free, as they want anyone that desires to seek empowerment through powerful and inspirational ideas, regardless of social status or income, to have the opportunity to attend this one of a kind TEDx event.

TEDxIVC is a student/alumni run event that was previously supported by the Irvine Valley College Administration. After the IVC Administration changed with the termination of several administrators, including IVC President Glenn Roquemore, TEDxIVC was forced to relocate and lost all IVC Administrative support. As a result, TEDxIVC relies completely on sponsorships and donations to stay afloat. If you’d like to support TEDxIVC, please make a donation to the TEDxIVC GoFundMe page attached.

If you're interested in sponsoring or partnering up with TEDxIVC, please reach out to TEDxIVC via info@tedxivc.org for more information. For press inquiries, you may contact the organizer directly at markprizmic1@gmail.com.

TED is a nonprofit organization devoted to Ideas Worth Spreading, usually in the form of short, powerful talks (18 minutes or fewer) delivered by today's leading thinkers and doers.

TED's open and free initiatives for spreading ideas include TED.com, where new TED Talk videos are posted daily; the Open Translation Project, which provides subtitles and interactive transcripts as well as translations from thousands of volunteers worldwide; the educational initiative TED-Ed; the annual million-dollar TED Prize, which funds exceptional individuals with a "wish," or idea, to create change in the world; TEDx, which provides licenses to thousands of individuals and groups who host local, self-organized TED-style events around the world; and the TED Fellows program, which selects innovators from around the globe to amplify the impact of their remarkable projects and activities.

TEDxIVC is an independently organized TED Event licensed by TED with the mission of raising up ideas worth spreading. 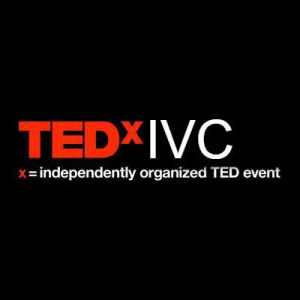