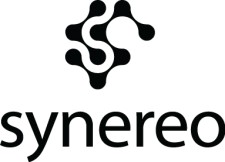 Tel-Aviv, Israel, October 26, 2016 (Newswire.com) - ​​​Synereo, a company developing a decentralized tech stack, allowing web applications to exist without centralized servers, has got a major boost lately for its plan to “fundamentally redesign the way the internet works”, as its company slogan goes.

With this move, Synereo placed itself in the forefront of the heated race towards a so called “World Computer” - a network of personal devices, functioning as a unitary virtual machine, rendering central servers and data centers redundant. This idea was initially proposed by the Ethereum foundation, and has since attracted several additional teams, providing little to no deviance from the original make-up. Synereo’s proposal is the first to introduce a significant improvement to the industry standard, offering a complete tech-stack - incorporating all faculties needed to support decentralized computation without central servers.

The recently concluded funding campaign was launched shortly after Synereo announced its Blockchain 2.0 architecture, called RChain, which lies at the core of Synereo’s evolved tech stack. Synereo stated that funds raised during the campaign would be used to expand its team significantly, ensuring that its RChain-based technology stack can go live towards the end of 2017.

According to Synereo, RChain solves well known problems of existing blockchains, enabling decentralized systems to be much faster, infinitely scalable and cheaper to maintain. In addition to that, and contrary to existing turing-complete blockchain solutions, Synereo’s platform comes with its own distributed cloud storage, allowing for efficient decentralized hosting of heavy media, as well as a reflective smart-contracting language. With this, Synereo hopes to be the first project to truly disrupt the traditional role of centralized servers.

In order to populate its platform, and to ensure fast growth and adaptation, Synereo has recently announced a sizeable grant project, inviting developers and entrepreneurs to develop decentralized applications for its platform, to foster the development of a decentralized ecosystem, competing with the current centralized paradigm.

In a major endorsement of Synereo’s technology, the Silicon Valley-based NFX Guild, partnered up with Synereo, and announced that it will include a selected few laureates of Synereo’s grant project in its prestigious Accelerator Program. James Currier, Managing Partner at NFX, explained the Guild’s decision to choose Synereo’s technology for the project, stating:

“If you do the analysis, Synereo comes out as the superior platform for developing decentralized apps. It runs fully distributed instead of massively replicated. It’s JVM top to bottom rather than Python. It’s forward compatible, vs other platforms anticipating multiple hard- forks. Synereo has the identity layer built in which provides distribution advantages and network effects. Lastly, fine-grained concurrency, vs other platforms’ linearity, provides greater speeds and scalability”

Since Synereo first announced its grant project, the company has received hundreds of applications of teams, eager to develop their applications on top of Synereo’s platform. Dor Konforty, Synereo’s CEO comments:

“We are now in the final stage of interviews, and will soon be selecting the first projects that will receive AMP grants to build on Synereo’s tech stack. We have 300 applications and it has taken our team a while to go through them and to choose from many amazing development teams and projects. Overall we are very excited at the level of interest to build the future of the decentralized internet with Synereo”

Synereo is now significantly scaling up its operations, and expanding the company’s team to refine the developer tools needed to build on its platform, and optimize the development effort of Synereo’s 2.0 tech stack. The company is actively hiring, and states on its blog that:

If you have the relevant experience, and are familiar with Scala, Blockchain technology, smart-contracting languages and decentralized computation in general, and are eager to work with a highly motivated and determined team, we invite you to visit our Job-Offering Page, and apply to one of the open positions.

According to Synereo’s development plan, the company’s anticipated RChain-based architecture will be up and running towards the end of 2017, ready to host Synereo’s social network beta shortly afterwards. In the meantime, Synereo is further developing the alpha version of its social network, and invites the public to install its alpha nodes and participate in the test phase of the network. Instructions on how to do that can be found on the company’s Github account, Youtube channel and slack.

Synereo is a Tel-Aviv based company that develops a decentralized tech stack, allowing web applications to exist without centralized servers.

Dor Konforty (CEO) is a graduate of the Israeli Air Force IT unit and has a master’s degree in neurobiology. His work on neural networks inspired him to develop a new type of decentralized economy.