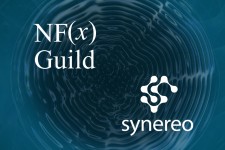 Tel-Aviv, Israel, September 30, 2016 (Newswire.com) - In a major endorsement, the acclaimed Silicon Valley-based NFX Guild announced its partnership with Synereo in developing an ecosystem of decentralized applications (dApps) on top of Synereo’s Blockchain 2.0 platform.

Synereo’s Blockchain 2.0 platform is a Blockchain based technology stack, enabling applications, sites and web-services to exist, without them having to be stored in a centralized location, effectively revolutionizing the way the internet works.

In an unprecedented move, NFX Guild announced the Blockchain 2.0 Program within the Guild, where it will select up to 3 teams that are actively building their dApps using Synereo’s tech stack for the coming classes of the NFX Guild accelerator. This means that up to a fourth of NFX’s next class will be composed of dApp developers, who build their applications on top of Synereo’s Blockchain 2.0 platform.

“If you do the analysis, Synereo comes out as the superior platform for developing decentralized apps. It runs fully distributed instead of massively replicated. It's JVM top to bottom rather than Python. It's forward compatible, vs other platforms anticipating multiple hard- forks. ​Synereo has the identity layer built in which provides distribution advantages and network effects. Lastly, fine-grained concurrency, vs other platforms' linearity, provides greater speeds and scalability”

“We found the Synereo team to have a unique combination of cryptocurrency and modern digital finance understanding alongside a real understanding of developer requirements and the know-how of how to build strong developer tools. We strongly believe this combination puts Synereo in a great position to be the leader in the adoption of blockchain tech into the everyday world.”

The exclusive dApp development program is accessible only to a select few of the most promising teams. To kickstart the program, NFX Guild and Synereo will invite developers to participate in a hackathon, presenting and developing their ideas for Synereo-powered decentralized applications. Winners of the hackathon, as well as handpicked laureates from Synereo’s Project 11 grant project, will be invited to apply to the prestigious NFX Accelerator Program. Accepted teams will receive $120,000 in investment funds from NFX as well as an AMP grant from Synereo.

Synereo has recently graduated from the NFX Guild’s unique accelerator program, and has since then raised more than $3.5mil in its ongoing Funding Campaign, during which the company offers its AMP cryptocurrency at a fixed price, and equity to qualifying investors at BnkToTheFuture.

Synereo is a Tel-Aviv based company that develops a decentralized tech stack, allowing web applications to exist without centralized servers.

Dor Konforty (CEO) is a graduate of the Israeli Air Force IT unit and has a master’s degree in neurobiology. His work on neural networks inspired him to develop a new type of decentralized economy.