Supreme Court Press Awards Petition of the Month to the Boyd W. Gentry

Legal Printer Supreme Court Press awards the Petition of the Month (TM), which recognizes excellence in legal theory and writing, to Boyd Gentry of the Law Office of Boyd W. Gentry. The Petition, which is now a Merits Case scheduled for oral argument, analyzes an unusual conundrum, where an attorney hired by the Ohio Attorney General, is sued under the Fair Debt Collections Practices Act for following the specific instructions of the Ohio AG and the Ohio statutes. 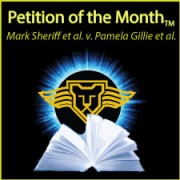 Boston, MA, March 24, 2016 (Newswire.com) - ​The Supreme Court Press, a legal printer specializing in Supreme Court filings, has named Mark Sheriff et al./Eric Jones et al. v. Pamela Gillie et al., Supreme Court Docket Nos. 15-338 and 15-620, to be its Petition of the Month(TM). The Eric Jones petition was filed by attorney Boyd Gentry of the Law Office of Boyd W. Gentry of Beavercreek, Ohio, and along with the Mark Sheriff petition, which was granted certiorari, is scheduled for oral argument before the Supreme Court on March 28, 2016.

According to the petition, “For many years, the Ohio Attorneys General (“OAG”) required Eric Jones to use the letterhead of the OAG Office when writing to debtors. His letters expressly identified him as outside counsel for OAG, since he was appointed to the office of special counsel. Ohio statutory law permits this use of the OAG’s letterhead. So, when Eric Jones wrote to the plaintiff in this case, he used the letterhead of the OAG and signed the letter as “outside counsel.”

I'm pumped. It is my first successful petition for certiorari. I've argued before the Supreme Court of Ohio twice, but this is the next level.

According to Mr. Gentry in the award winning petition, “You can imagine attorney Jones's surprise when he saw that he was being sued by a debtor solely for complying with the Mandate of the OAG.” The Plaintiff argued that the use of the OAG’s letterhead gives a debtor the impression that the state was after them and would treat such debts with priority over private debts.  However, argues the petition, special counsel appointed by the OAG are state “officers” and should not be treated as private debt collectors. Moreover, the letters are not misleading “because attorney Jones was telling the truth: he was special counsel appointed by the OAG, and he was authorized, and indeed required, to use the letterhead.”

The petition details the legal framework for the lower courts split decision. The Sixth Circuit placed itself in the shoes of the hypothetical "least sophisticated consumer” and found, 2-1, that the use of the OAG’s letterhead could mislead a consumer into believing that the Attorney General’s Office was pursuing the debt. The “least sophisticated consumer” standard is not part of the FDCPA, but was created by the courts as a test to analyze whether a communication regulated by the FDCPA is deceptive or misleading. The Sixth Circuit latched onto the fact that attorney Jones was not an employee of the OAG: he is an independent contractor. If he had been paid as a W-2 employee, the Sixth Circuit would have affirmed (and the case likely never filed). Because of his status as an independent contractor, the Sixth Circuit opined that a jury should decide if the use of the OAG’s letterhead violated the FDCPA.

Mr. Gentry worked closely with the Supreme Court Press editor in the preparation of the petition, and offered this assessment, the “Supreme Court Press delivers on every promise. Quick turnarounds, competitive pricing, and most of all, quality. The editorial process was top-notch! The comments helped us refine our main talking points in both the petition for cert and the merit brief. Having an outside editor from Supreme Court Press made our arguments more effective for judges who don't deal with the FDCPA often.”

To read more about the interview with Boyd Gentry, follow this link:

The Supreme Court Press specializes in the affordable preparation, printing, and filing of legal briefs in compliance with the rules of the United States Supreme Court.