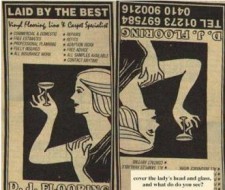 Northampton, UK, August 14, 2017 (Newswire.com) - Billboards, posters, slogans, jingles – they’re impossible to escape. From an early age, most people can identify big-name brands on sight, thanks to the amount of exposure they’ ve had to it in daily life.

But what about the advertising that isn’t seen? As surprising as it sounds, subliminal messaging has been around for many years – and most people don’t even realise it. And that’s the whole point.

The Subtle Art of Reaching Customers Through a Paper Cup
What is subliminal messaging?

A subliminal message is one that is presented to the consumer in a way that is visually below the normal limits of human auditory or visual perception. This means that the message may be inaudible to the conscious mind because it doesn’ t touch on the conscious threshold of human hearing. However, it is audible to the ‘unconscious’ or ‘deeper mind.’ Visually, a subliminal message may be transmitted briefly while an individual is viewing something else; so briefly that they don’t realise it. It is the unconscious mind that perceives the message instead and stores it.

Basically: A subliminal message is a sound or image that is perceived by a deeper part of the mind without the individual being immediately aware of it.

What is subliminal advertising?

Subliminal advertising is effectively the same as messaging – but the messages are cunningly orientated towards encouraging an audience to buy a certain product.

When the idea of subliminal messaging came about, it posed enormous potential for advertising. After all, what better way to convince consumers to buy than by tapping into their subconscious?

Psychological studies have shown that subliminal messages are able to circumvent the human brain’s conscious awareness.

The concept was popularised in Vance Packard’s 1957 book "The Hidden Persuaders," which detailed a study in which movie theatres supposedly used subliminal messaging to increase snack sales. Although it turned out that the study was fabricated, the idea of subliminal messaging stuck. More recently, UK researchers have claimed that yes, subliminal advertising really does work. A study published in the journal Emotion involved flashing positive or negative words to subjects across a screen. Although the words were too fast for the viewers to consciously ‘see’ them, most were able to give accurate responses about the negative answers they had been exposed to. The researchers said that this is due to human’s ability to pick up fleeting stimuli subconsciously. Interestingly, this suggests that subliminal marketing can be effective for conveying messages through advertising.

The Marketing Value of Subliminal Messaging

An effective advertising campaign is one that makes an impact by being clever and responsive; not necessarily by ‘overpowering’ its viewers. As the famed ‘father of advertising’ David Ogilvy said:

“A good advertisement is one which sells the product without drawing attention to itself.”

That means when branding is used cleverly and subtly, it can make a huge impression on a potential buyer. Enter paper cups!

How Paper Cups Can Be Used for Effective Subliminal Advertising

Promotional paper cups are nothing new. Businesses have long known that a paper cup is an invaluable means of getting their brand into the public sphere.

Using a paper cup to market a brand or business is advertising without advertising. A paper cup is seen only for what it is – a receptacle for a hot beverage. Millions of them are sold around the world every day for that very purpose.

Which is what makes them excellent for advertising a brand.

Unlike a billboard or pamphlet, a paper cup is not seen as ‘pushy’ advertising – or even as advertising at all. It’s just a cup! People purchase a paper cup to get a caffeine fix. But, unknown to them, the mochaccino they’ve walked away with is a now a mini-advertising campaign for the brand printed on the cup. Not only is that brand now in the hand of a potential customer, it’s being walked down the street or paraded around the office. Think of all the pairs of eyes the average coffee cup passes during the time taken for its contents to be consumed!

Paper cups are purchased every minute of the day all over Europe, the UK and USA – which means more eyes fall upon them than many overt advertisements. Paper cups are also on the move – they are carried from the vendor to the workplace, supermarket, home, school, dry-cleaners… the possibilities are endless. And unlike a pamphlet or business card, a paper cup can’t be stowed away under a table or in a wallet. It’s held directly in view of anyone – and everyone – who will see the brand printed on it.

When businesses think advertising, most turn directly to TV, billboards, social media and print media: the costs of which are pretty hefty. Promotional paper cups, however, are significantly less expensive and yet still in the public eye. And if they’re being used for beverages at a trade show or celebration, it’s like killing two birds with one stone.

How Does It Work?

Paper cup marketing is as simple as it sounds. A business contacts a manufacturer such as Branded Paper Cups and sends them the specifications for the logo, slogan or brand they wish to represent them. Using their expert in-house design team, Branded Paper Cups create a unique logo and print it onto the cups. Done! The ‘mini billboards’ are now ready to face the world of coffee-guzzlers and everyone who sees them. 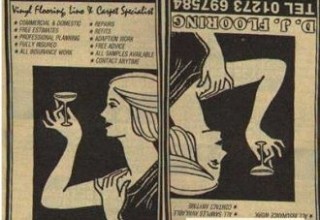 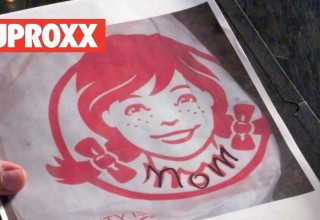