Statement by Dr. Moshe Kantor the President of the Luxembourg Forum

The International Luxembourg Forum on Preventing Nuclear Catastrophe held a conference "Prospects for Nuclear Arms Control" in May 2021. 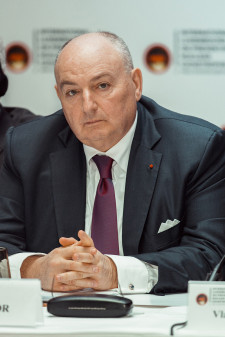 The conference was attended by leading international experts and scientists dealing with the problems of global nuclear security, strategic stability, disarmament and the reduction, limitation, and non-proliferation of nuclear weapons.

Dr. Moshe Kantor, President of the International Luxembourg Forum, made a statement during the conference on the most burning issues of today's global security, strategic stability and non-proliferation.

"Everyone is well aware of the current state of U.S.-Russian relations, which are at their lowest point in decades. The challenge is to make sure that no one knocks from below and drags them down even further; on a positive note, concerns regarding the fate of the existing Start Treaty have noticeably decreased following the launch of the new US administration and the five-year extension of New Start," Dr. Kantor said.

"First and most important, among these new issues is the intention to include in the follow-on treaty all US and Russian nuclear weapons, both strategic and non-strategic. While both nuclear powers have extensive experience in the counting and verification of strategic arms, a number of questions immediately arise regarding non-strategic nuclear weapons systems. The big question is whether the range of issues can be solved through the negotiating process by 2026."

"I cannot overlook the especially dangerous view on the possible use of nuclear weapons at the regional level, with subsequent escalation, which has been discussed in recent years. The discussion now centers not only on how to prevent this threat, but also on how to minimize catastrophic damage from nuclear explosions through the reduction of warhead capacity when they are used, in particular, to de-escalate the possible development of nuclear conflicts."

"One can only regretfully note the departure from the fundamental conclusions of our distinguished predecessors, who considered any use of nuclear weapons to be absolutely unacceptable: here I include the long-standing conclusion of Mikhail Gorbachev and Ronald Reagan that it is impossible to win a nuclear war. I believe that measures to prevent any use of nuclear weapons should always be part of our discussions in the Luxembourg Forum," Dr. Kantor noted.

About THE INTERNATIONAL LUXEMBOURG FORUM ON PREVENTING NUCLEAR CATASTROPHE

The Forum is one of the largest non-governmental organisations uniting leading, world-renowned experts on non-proliferation of nuclear arms and arms reduction and limitation. 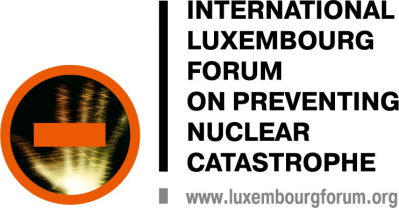