Visual effects artists on the autism spectrum work on the blockbuster film of the century.

Exceptional Minds was one of several studios that worked on visual effects for the long-anticipated movie, which opened in theaters December 15. “Having our name show up on the credit roll alongside the top professionals who worked on this film is an achievement in itself, but it is made all that more significant because we are a studio of artists on the autism spectrum,” said Exceptional Minds Studio Executive Producer Susan Zwerman.

I never thought I would get a chance to work on a Star Wars film.

“Many of our artists never even dreamed they would be working in this film industry,” she added.

An estimated 90 percent of the autism population are under- or unemployed, and few training programs exist to prepare young adults with autism for meaningful careers.

For "Star Wars: The Last Jedi,” the artists at Exceptional Minds Studio were contracted to do vfx cleanup work that involved roto and paint for several shots. The studio was also hired to create the end titles on the movie, composited onto a star field background.

“I never thought I would get a chance to work on a Star Wars film,” said David Miles, one of the Exceptional Minds artists on the autism spectrum who worked on the film. David, along with Patrick Brady, Andrew Dugan, Tiana Fazio, Lloyd Hackl, Eli Katz, and Mason Taylor, completed cleanup on 20 shots for the movie and another Exceptional Minds artist, Jacob Fenster, worked on the end titles with title supervisor Josh Dagg. 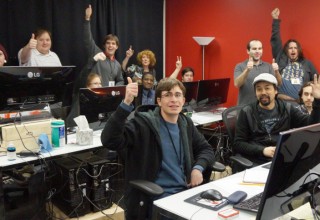 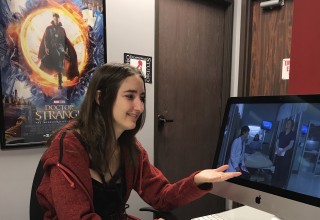 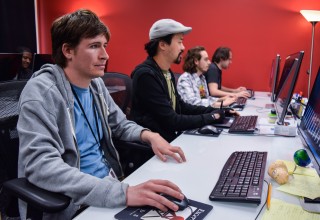