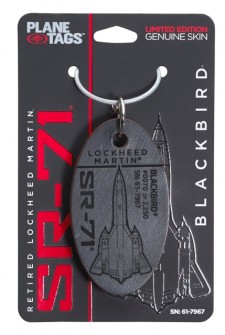 TORRANCE, Calif., April 9, 2019 (Newswire.com) - ​​​​​​​​MotoArt announced a new, one-of-a-kind PlaneTag made from a Lockheed SR-71 Blackbird. The SR-71 was developed by Lockheed's famed Skunk Works development team for the United States Air Force, during the midst of the turbulent Cold War era. The work in developing this high-speed, high-altitude reconnaissance plane led to new technologies in titanium fabrication, radar stealth and electronic countermeasures, among many other innovations, some of which are still used today. There were only 32 made, 12 of which were lost in accidents, making it a rare find. The PlaneTags are made from the original stabilizer of S/N 17967, which was replaced before the plane was delivered to Barksdale Global Power Museum at Barksdale AFB in Louisiana.

The stabilizer was disassembled then upcycled into pocket-sized PlaneTags. They are made from the composite skin of the wing stabilizer. "We are ecstatic to offer this truly, one-of-a-kind piece of history," said owner Dave Hall. The team was able to produce 2,250 tags, which they will begin offering on April 18, 2019, with the blessing of Lockheed Martin. Each SR-71 PlaneTag is numbered and unique, with varying shades, textures and imperfections. "Keepsakes from this incredible plane have never been available for anyone to own. They're going to sell out immediately," said Hall. "We want anyone who loves the SR-71 like we do to get a chance to own a piece of it." The company is encouraging customers to sign up at https://planetags.com to be notified of a pre-sale opportunity to purchase a PlaneTag before they go on sale.

Visit planetags.com for more information, images and video footage of the brand. Follow @motoartstudios and @planetags on social media and join the conversation with #planetags #showusyourplanetags.

PlaneTags.com, a part of MotoArt, rescues planes of yesteryear and preserves them in a way that honors their memory and allows everyone the chance to enjoy and own a small part of the great art of aviation. Located in Torrance, in the South Bay area of Los Angeles, the company is proud to be a part of the local aviation and aerospace community. In addition to PlaneTags™, MotoArt creates functional art from decommissioned airplanes. Past planes honored have included such historic planes as the B-1B Bomber, the Gimli Glider and Flagship Tulsa DC-3. 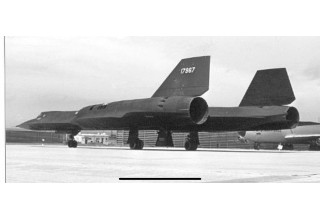 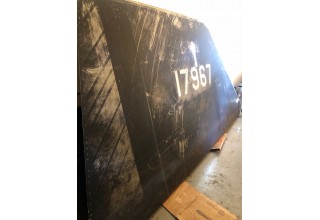 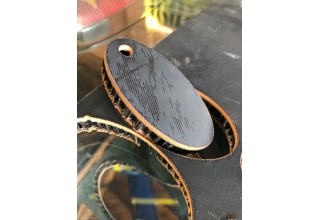 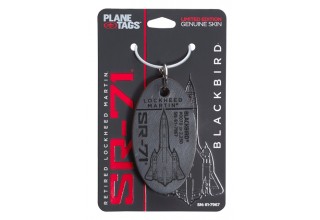 MotoArt Honors Retired Eastern Air Lines Dc-9-30 Plane N8990e With a Limited Edition Planetag Cut From Its Fuselage
MotoArt honors retired plane N8990E, an Eastern Air Lines DC-9-30, by creating a collectible PlaneTag cut from the fuselage of the rescued aircraft. Tail # N8990E was one of 81 DC-9-31s that powered the Eastern Air Lines fleet and helped make it one of the most successful and dominant airlines for decades.
MotoArt PlaneTags LLC - Mar 12, 2019
Newswire