MotoArt honors retired plane N8990E, an Eastern Air Lines DC-9-30, by creating a collectible PlaneTag cut from the fuselage of the rescued aircraft. Tail # N8990E was one of 81 DC-9-31s that powered the Eastern Air Lines fleet and helped make it one of the most successful and dominant airlines for decades. 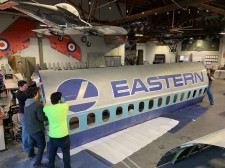 TORRANCE, Calif., March 12, 2019 (Newswire.com) - ​MotoArt announced a new PlaneTag™ which celebrates N8990E, one of Eastern Air Lines’ DC-9-30 workhorses, and its legacy as one of the most popular passenger jets ever built. In December 1967, the plane joined the fleet of Caribair, an international air carrier based in Puerto Rico, which served Miami and the Caribbean region. In May 1973, Eastern Air Lines acquired Caribair and its fleet of DC-9-30’s, including N8990E. This plane, as part of a fleet of DC-9s, enabled Eastern Air Lines to continue its expansion and domination of the East Coast market for years. N8990E continued to carry passengers across points on both coasts until January 1991 when the airline closed its doors for good. Tail # N8990E was then decommissioned and later broken up in 1994 at Mojave (MHV) Air and Space Port in Mojave, CA.

Like other retired aircraft sought out by MotoArt, N8990E was rescued from complete destruction and brought to the company’s Torrance, CA studio. Its fuselage was restored to shiny silver, then upcycled into pocket-sized, collectible PlaneTags™. “It’s like owning a piece of aviation history,” says owner Dave Hall. “The flight may be over. The airline may be gone. But you still have something you can hold and keep and pass down to the next generation.” Like other PlaneTags™, each features the original paint and livery markings, with dents and dings and other imperfections that make them unique. All tags are numbered in a limited edition series and have become mementos cherished by aviation enthusiasts.

Visit planetags.com for more information, images and video footage of the brand. Follow @motoartstudios and @planetags on social media and join the conversation with #planetags #showusyourplanetags.

PlaneTags.com, a part of MotoArt, rescues planes of yesteryear and preserves them in a way that honors their memory and allows everyone the chance to enjoy and own a small part of the great art of aviation. Located in Torrance, in the South Bay area of Los Angeles, the company is proud to be a part of the local aviation and aerospace community. In addition to PlaneTags™, MotoArt creates functional art from decommissioned airplanes. Past planes honored have included such historic planes as Virgin Atlantic Airways’ Queen of the Skies, a B-1 bomber, C-130 Hercules, and so many more. 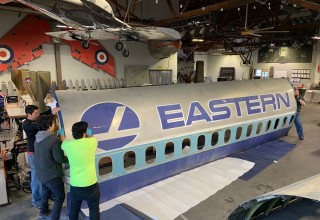 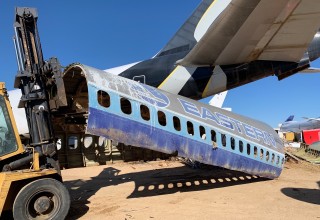 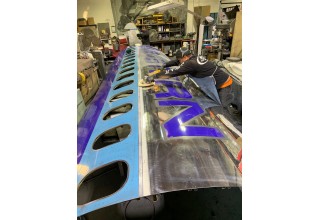 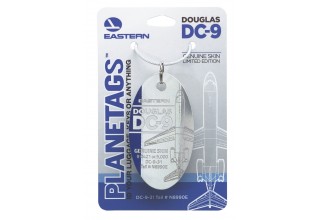