Sophia Grace Releases New Song 'Why U Mad' on October 13 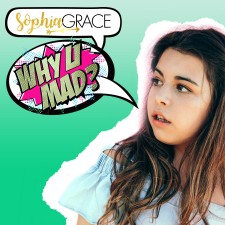 The accompanying video was directed and choreographed by Frank Gatson Jr. (Beyoncé, Usher). The song was written and produced by the London production team Da Beat Freakz (Sean Paul, Usher, Kat Deluna). The video is premiering exclusively on iHeart Radio’s website OnAirWithRyanSeacrest.com on Oct. 12th  and will be available everywhere else on Friday, Oct. 13th.

Sophia Grace said: “Having been in the spotlight since I was very young, I know all about the negative comments and abuse you get from people online. ‘Why U Mad’ is my message to those people, and to anyone who’s experienced anything similar - Hold your head up high, be proud of who you are, and don’t let the bullies get you down.”

Sophia Grace Brownlee is often described as an internet sensation. At just 14 years of age, she has already released four (4) original singles and one (1) EP which combined have clocked up hundreds of millions of streams. The teen shot into the public’s view in 2011, covering Nicki Minaj’s ‘Super Bass’ on YouTube and after being discovered by Ellen DeGeneres subsequently appeared regularly on The Ellen Show.

During this time, Sophia Grace hit the red carpet as a correspondent for Ellen, became a New York Times best-selling author of her children’s book "Tea Time with Sophia Grace and Rosie," and starred in her very own motion picture "Sophia Grace & Rosie’s Royal Adventure" which went on to become a ratings success on Nickelodeon.

Before 'Why U Mad,' Sophia Grace previously released the original singles ‘Girls Just Gotta Have Fun’ (which has more than 150 million YouTube views); ‘Best Friends’ which saw her debut on the Billboard Hot 100; ‘Girl In The Mirror” featuring rapper Silento; and ‘Hollywood’ whose video included cameo appearances from various WWE Superstars including Nikki and Brie Bella.

Earlier this year, Sophia Grace appeared as a judge on season 1 of the ABC television competition reality show ‘The Toy Box’. 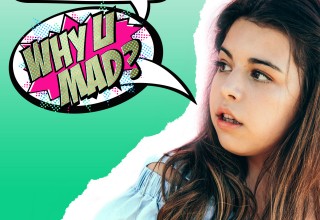 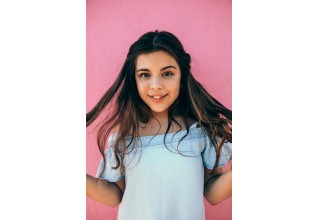 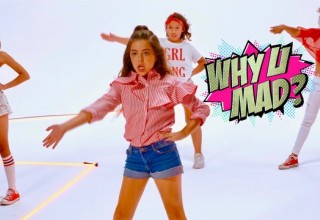