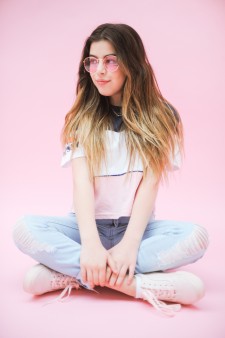 "Number 1" is a hypnotic, pop anthem infused with a soaring energy. Sophia’s irresistible hooks and choruses give a nod to the pop stylings of singers like Ariana Grande. The single is the first taste of original music from Sophia in over a year and embraces the narrative of everyone's first crush.

Sophia Grace said: “I’m so excited about this record because I feel like this is my ‘coming-of-age’ song and it’s a completely new sound for me. As I’ve grown up, my music has matured and I want my supporters to enjoy this journey with me. To make the record special, I asked the up-and-coming hip-hop duo AJ X Deno to join me on the track. This helps to give the song a more developed feel than my previous releases. The lyric video is also out on my YouTube channel now, so I hope everyone enjoys it.”

Sophia Grace Brownlee is often described as an internet sensation. She has already released five original singles and one EP, which combined have clocked up hundreds of millions of streams including "Best Friends" which debuted on the Billboard Hot 100. The teen shot into the public's view in 2011 covering Nicki Minaj's "Super Bass" on YouTube and after being discovered by Ellen DeGeneres, subsequently appeared regularly on "The Ellen Show."

Before "Why U Mad," Sophia Grace previously released the original singles "Girls Just Gotta Have Fun" (which has more than 150 million YouTube views); "Best Friends," which saw her debut on the Billboard Hot 100; "Girl In The Mirror" featuring rapper Silento; and "Hollywood," whose video included cameo appearances from various WWE Superstars including Nikki and Brie Bella.

With an infectious, bold, confident and outgoing personality, Sophia is a wildly popular social media star with over 3.1 million subscribers on her YouTube Channel and over one million followers on both Facebook and Instagram. Her channel also features a "Teen Advice" series in which Sophia asks famous faces such as Benedict Cumberbatch, Lily James and Chris Pratt for their advice on topics from bullying to relationships, fashion to parents and a few randomly fun topics in between.

For more information, please contact Darrell Thompson at 818.753.2350 or sophiagracebookings@gmail.com. 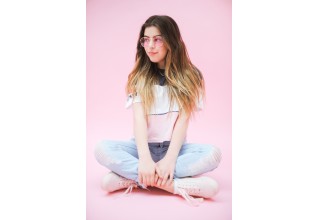 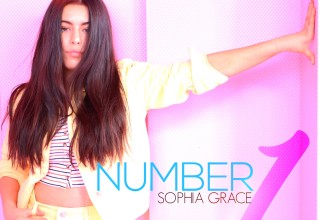