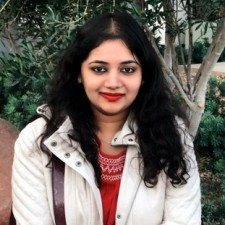 Los Angeles, CA, June 23, 2017 (Newswire.com) - Following a very successful release of her short film, “Rose,” Black Public Relations announces that filmmaker Sonia Bajaj has signed on to direct the feature film, “Black Rose,” which she also penned the script for along with co-writer Tushar Tyagi.

"I have a penchant for women-oriented stories. In 'Rose,' I see a woman of substance and strength who has many odds against her, including her own emotions."

The film starts casting next week in Los Angeles, New York, and Atlanta.

“My stories are inspired by slices of life. I am passionate about moments that touch the heart, characters that live and breathe,” said Bajaj.

Among Bajaj’s more recent works as director and producer is  “Bekah,” where an idealistic young writer and college dropout pursues her dream of becoming a full-time writer, motivated by the spirit of her deceased fiancé. Leaving her home behind, she steps into a world that is not as ideal. The film explores a journey of transformation and the myth of a utopian world. “Bekah” has won Best Drama at LA Shorts Awards, Platinum Award at Mindfield Film Festival, Award of Merit at Accolade Global Film Competition and Semi-Finalist at Los Angeles Cinefest.

As a producer, Bajaj has worked on “A Broken Egg,” a short film that narrates the plight of a dysfunctional family and the varied emotions they go through over dinner when they discover that their teen daughter is pregnant. “A Broken Egg” earned Bronze Award at NYC Indie Film Awards and official selections at Barcelona Planet Film Festival, U.K. Monthly Film Festival and California International Shorts Festival.

Bajaj's other significant works include “The Best Photograph” and “Impossible Love” where she has served the role of director and producer; and the remarkable and critically acclaimed film “Hari” as producer. With every project, Bajaj has earned accolades globally and regionally.

Currently based in Los Angeles, California, Bajaj has completed her MFA in Filmmaking graduating with honors at the New York Film Academy. Prior to this, she has earned a degree in Audio and Visual Production from Symbiosis International University. She is now working passionately to live her dream by creating a feature version titled “Black Rose” of her short film “Rose,” a tale very close to her heart. “I have a penchant for women-oriented stories. In Black Rose, I see a woman of substance and strength who has many odds against her, including her own emotions,” stated Bajaj.

Besides being engaged in the development of “Rose,” Bajaj is also a part of the programming team at DTLA Film Festival in Los Angeles, where she is the curator for the women in film series. When asked what drives her to keep going, she smiles, “Filmmaking is my first love, and first love is hard to get over.”

A Film and TV Production Company based in Los Angeles, CA