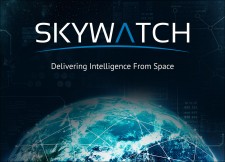 The Earth Observation data and services market is expanding at an unprecedented rate, with thousands of satellite launches planned over the next decade, and a projected growth from $3B USD in 2016 to $15B USD in 2026 [source: EARSC]. The largest hurdle in achieving this potential is the ability to reach new non-traditional customers in the private sector.

“Because Earth observation data has the potential to positively impact everyday life in so many ways, everyone should have the ability to easily incorporate this unique data type into their software applications. However, the barriers have been far too high, until now”, says James Slifierz, SkyWatch’s CEO and Co-founder. “SkyWatch was started with this vision and we’ve spent the past three years developing our platform alongside our early adopters. Satellite data integration into any software application is now as easy as payments integration via Stripe, or communications integration via Twilio. We’re excited for the tremendous growth ahead, for both the company and the industry”, James added.

The fundraising proceeds will be used to add strategic hires, accelerate product development, and build partnerships. SkyWatch is currently negotiating distribution rights with more than 30 satellite operators to service customers across agriculture, energy, finance, infrastructure, market intelligence, and many other industries.

SkyWatch (www.skywatch.co) is enabling a new era in Earth Observation by providing easy access to a growing ecosystem of satellite sources in a simple and intuitive manner. Our team is developing EarthCache™, a robust platform allowing developers to discover and access the world’s Earth observation datasets in high volumes and with fast throughput, while also providing data hosting and data insight capabilities for satellite owners and operators.

SkyWatch (www.skywatch.co) is providing developers with an easy and reliable access to Earth observation data through our platform EarthCache™.

SkyWatch and AgIntegrated to Work Together to Bring Earth Observation Satellite Data to the Agriculture Industry
AgIntegrated's customers will now have access to satellite imagery ranging from 15m to 45cm resolution, thanks to a new integration with SkyWatch EarthCache™
SkyWatch - Jun 23, 2020