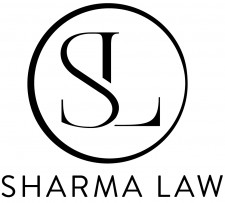 "We are honored to have both Cami and Anthony join our team," says Anita Sharma, Esq., founder and managing partner of Sharma Law. "Not only are they both extremely experienced and skilled attorneys, but they also each bring firsthand industry experience — Cami in television and film, and Anthony in music — that will further support and inform our clients."

Cami Kinahan, Esq. is specialized in production and transactional aspects of entertainment law. Prior to joining Sharma Law as Of Counsel to the firm, she practiced for 20 years, including in Business Affairs at HBO and Business & Legal Affairs at Lionsgate, and also held in-house counsel roles at Paramount and Fox. Kinahan is currently studying film & television development and producing at UCLA.

Anthony Middleton Dilonno, Esq. brings six years of entertainment and intellectual property expertise to Sharma Law. He has represented clients in music, gaming, fashion, publishing and hospitality. He is also well-versed in trademark law, counseling and prosecution, data privacy and corporate law. As a former member of the major-label band "Armor for Sleep," Anthony offers clients invaluable firsthand experience as an artist.

It's a new era for entertainment law, one featuring greater inclusivity and a shift in focus to digital media. Sharma Law is a trailblazing digital media, entertainment, intellectual property, and corporate/commercial law firm specializing in the representation of digital talent, content creators, influencers, podcasters, creative companies, and startups. Touting more than 20 years of legal experience in film, television, and music, and proudly representing one of the largest rosters of digital influencers in the country, Sharma Law has been essential in shaping the content creation, influencer, and gaming law landscape within every social and streaming platform since 2013. As an early adopter of digital media, there isn't a deal in the digital media space that Sharma Law has not seen, drafted or negotiated. This POC, woman-led team helps clients realize their unlimited growth potential for creating and licensing content, hosting, podcasting, brand and corporate partnerships, and more. In its commitment to bringing greater transparency, responsiveness, and clarity to the legal process, Sharma Law is redefining the legal experience for a new generation of talent.