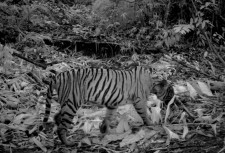 Once estimated at 3,000 animals in Peninsular Malaysia, recent studies have shown an alarming drop in tiger populations. Even as the Perak state works with conservation groups to create larger habitats for tigers, the greatest threat to the Malayan tiger is poaching.

WWF Malaysia had previously warned that the "influx of foreign poachers into Malaysia's forests is alarming." This followed an earlier warning that a "quiet invasion by poaching syndicates from Indochina" is due to the disappearance of the wild tiger in Laos, Cambodia and Vietnam.

The current population estimate of the Malayan tiger places their numbers at less than 200 animals in all of Peninsular Malaysia.

The extent of the poaching problem in Royal Belum was evident in a 12-month project that started in 2017. With funding provided by the Sime Darby Foundation, a five-man foot patrol team was created to complement the current three teams of State Park Rangers.

Consisting of two park rangers, assisted by three indigenous guides from the Jahai tribe, the team was able to dismantle 200 traps and snares and cleared dozens of illegal camps that were set up by the poachers. The Foundation has given additional funding for another five man patrol team in 2018, but this is still insufficient to cover the 117,500 hectares of lush tropical rain-forest that is the Royal Belum National Park. More boots on the ground will be critical in the next five years if the threat of extinction due to poaching is to be effectively curbed.

According to Shah Redza, the General Manager of Perak State Park Corporation, their findings showed clear evidence that organized poaching syndicates were behind the illegal activities in Royal Belum National Park.

Interrogations of arrested poachers have revealed a well-organized drive to poach the last remaining endangered wildlife in Royal Belum.

"We have established up to 15-day patrols, where the team covers selected areas to look for illegal activities. The time constraint is due to the fact that our patrol teams can carry only so much food and supplies on their backs. But what we found out from interrogations of arrested poachers is that they have a ground support system to replenish food supplies for up to five months."

According to Shah Redza, the poachers can stay in the forests for extended periods, as they also consume whatever animals they catch, whereas the park rangers are limited to only foods they brought in.

The State Park requires forward base camps in deep forest so that Rangers can cover more areas without the burden of having to carry heavy rations.

"We have seen cases of barking deer carcasses being used as bait for tigers, but judging from what we found, the poachers had removed parts of it for their own consumption and left the rest of it as bait to attract big carnivores like our tigers."

The success of the initial project has led to extended funding by the Sime Darby Foundation, which will see additional boots added in a second team to patrol the critical habitat of tigers in Royal Belum, Malaysia.

The Perak State Park Corporation is also reaching out to the indigenous peoples of Royal Belum from the Jahai tribe. The outreach has seen the creation of a Council of Elders from the tribe to engage them in the fight against poachers.

The global organization for the preservation of big cats and their habitats, Panthera, was also engaged in July 2019 to provide Specialized Advanced Tactical Training to look for ways to improve the anti-poaching teams in Royal Belum.

"We will need all the help we can get to save the Malayan tiger," said the General Manager of Perak State Park Corporation, Shah Redza, who hopes the call for global support for the conservation of tigers in Malaysia will be answered.

For more information or media inquiries: 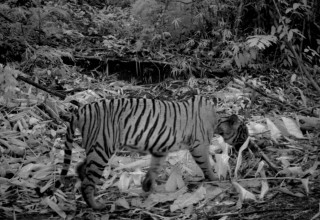 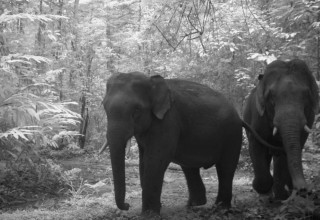 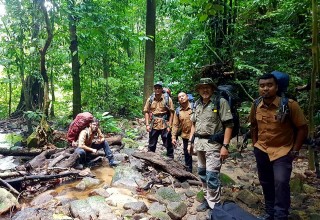