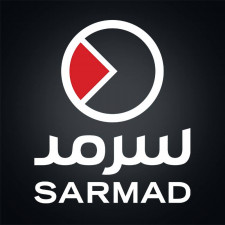 Sarmad Media Network was founded in 2013 with the mission of creating expert and targeted digital content for Arab audiences. They also have their own digital presence on the web, maintaining social channels additionally, they are present on all social media platforms. According to the network, the media organization was revealed on the same day as Kuwait's Constitution was declared in 1962. It served as a yardstick for measuring the group's performance in the Sarmad network. The title "Sarmad" was derived from the company's name because according to the young founders, it was critical to do "perpetual" action, and the term "Sarmad" would partially clarify the term's language usage, which is continuous or constant.

The network's founders made it quite clear that their maximum focus is on production, creating digital content that is accessible for all masses across Kuwait. Thus, in 2013, Sarmad Network engaged in a significant amount of business operations, one step at a time, and began to grow after several years, indicating that it began modestly. According to the company's correspondents, they might establish production, news, and advertising branches of their company. Additionally, they understand that it is critical to stay current with virtual and modern changes in the field of digital communication since the network's stakeholders aspire to the country stay connected on a global stage.

The Sarmad Network also makes significant contributions to the area of art, primarily through the creation of television and web shows and the management of advertising campaigns for its clients. Additionally, they have established a consultancy company through which they partner with business individuals, corporations, and organizations with advertising, media, and political ambitions.

The organization encountered numerous difficulties as it attempted to expand in order to keep its audience of electronic media and social media pioneers informed of current events. They have gained the trust of their viewers over the previous few years, establishing Kuwait's impartial media network. Additionally, their network did not end there and extended to neighboring Gulf countries, amplifying their effect in media-restricted countries.

The network is committed to continually improving its content in order to keep up with digital and contemporary advances in the world of electronic media.