The company's Cocoa Butter Vegan Chips are made from 100 percent fresh pressed cocoa butter for richness to satisfy any edible treat. 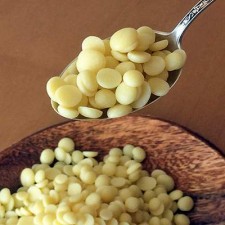 Vegans avoid animal products including eating meat, fish, eggs, and dairy. Strict vegans will also avoid honey and wool. Recent surveys like the one cited on VeganBites.com note that in a survey of roughly 11,000 adults, aged 17 and older, that 0.5 percent (1.62 million people) of the United States adult population, is vegan. Where once vegan products might be hard to come by, they are rising in availability and popularity. In addition, vegan desserts have shown to be on par with regular desserts. Chef Chole Choscarelli, a vegan and author, is a testament to that when she won Cupcake Wars with her vegan recipes.

“Santa Barbara Chocolate is pleased to offer our GMO-free Cocoa Butter Vegan Chips to this expanding market,” says Jason Vishnefske, co-founder and master chocolatier of Santa Barbara Chocolate Company. “As a bulk chocolate supplier to chocolatiers and manufacturers, we are trusted to sell the best cocoa and chocolates. Our customers find that our edible cocoa butter is top quality pressed from only de-shelled cocoa beans.”

The company has already received some great reviews. In August 2017, Lynne R let Santa Barbara Chocolate know that their Cocoa Butter Vegan Chips were, “Our first choice in our vegan protein bar production. It is high in antioxidant ORAC value and very good flavored.”