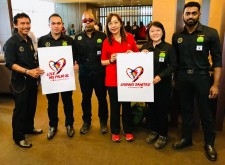 The eighteen-month long survey will bring together wildlife experts, scientists and researchers to take part in an extensive study on the populations of the state’s iconic wildlife. Using the latest technology available for assessing wildlife populations, the survey will provide information that will be crucial for the future management of landscapes and conservation in Sabah.

Speaking at the official launch of the survey, Chief Minister Shafie Apdal said:

“With the support of the Malaysian Palm Oil Council and the Malaysian Timber Council, data collected from the survey will be vital to identifying key areas that need protection in order for the iconic orangutan and Bornean elephant to thrive in Sabah.”

The engagement of major industry stakeholders from the Malaysian palm oil and timber sectors as well as conservation groups and scientists is unprecedented and underlines the Malaysian government’s ambition and commitment to protect its wildlife. This is being achieved even as more stringent requirements to achieve sustainable cultivation of oil palm is being pushed through the mandatory Malaysian Sustainable Palm Oil (MSPO) scheme.

Chief Minister Shafie Apdal called it a historic moment for conservation in Sabah:

“This is a historic moment for conservation in Sabah that has been made possible with the certification of our palm oil industry through the Malaysian Sustainable Palm Oil (MSPO) initiative.

We know the industry stakeholders in palm oil and timber are ready to support the government in this aspect but rather than going out blindly, the Sabah government wants firm science and data behind its decisions to rehabilitate critical areas. Too much time has been lost since the last survey on orangutan and elephants in our state. This time, we must get conservation right.”

According to Dr. Sen Nathan from the Sabah Wildlife Department, the department has been monitoring the needs of wildlife in the state but the opportunity to do something definitive came around when the Malaysian Sustainable Palm Oil (MSPO) scheme was introduced to Sabah.

“The wildlife department saw the entry of the MSPO into Sabah as a golden opportunity to create natural habitats so that our iconic orangutans and elephants can thrive. Up to now, voluntary certification of palm oil in Sabah through other business to business schemes has been patchy but since the introduction of the MSPO, we noticed positive impacts as plantation owners started approaching us on what they should be doing to contribute to the bigger issue of conservation in Sabah. That is what inspired the push to have a new survey done, using the latest technology so that we have a clear picture of what needs to be done.”

The CEO of the Malaysian Palm Oil Council (MPOC), Dr. Kalyana Sundram, called the survey a milestone for the industry’s conservation programs in Sabah.

“This is an exciting moment in the history of conservation in Sabah. The Malaysian palm oil industry has supported numerous conservation initiatives in Sabah but never have we had a chance to support something on a scale like this.

With this survey, we hope to disprove once and for all that orangutans are going extinct in Sabah but that is a minor goal compared to the shared vision of Sabah and ourselves that orangutans and elephants in Sabah can thrive. To be able to do that, we must first know exactly where the threatened populations are so that we can work with the state and various other conservationists to remove those threats.”

Apart from this survey, Minister Teresa Kok has also pledged to source funding and get the palm oil industry to actively participate in forest restoration programs by planting at least one million forest tree species in Totally Protected areas that may need rehabilitation in Sabah. 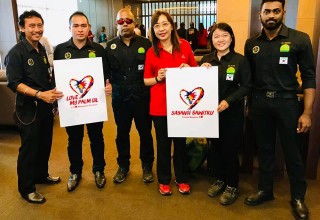 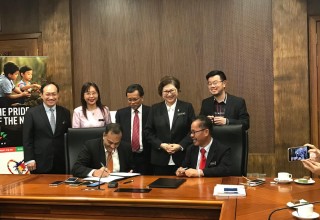