Ripley's Believe It or Not! is Bringing One of the Original Star Wars Lightsabers Back to Hollywood!

Hurry! The lightsaber is only in Hollywood for a limited engagement. 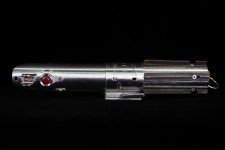 LOS ANGELES, December 18, 2017 (Newswire.com) - In honor of the latest film from the esteemed Star Wars® franchise being released, Star Wars: The Last Jedi™, Ripley’s Believe It or Not! is bringing the original Star Wars lightsaber® used by Luke Skywalker™ himself, Mark Hamill, in Star Wars: The Empire Strikes Back™ to Hollywood! This is the first time the renowned movie prop is being put on public display.

Believe it or not, this lightsaber was constructed from a vintage 1930s Graflex camera flash gun. The handle still has the original Graflex logo etched into it. It comes from the archives of Gary Kurtz, the producer on the first two Star Wars films.

Edward Meyer, VP of Exhibits & Archives for Ripley’s Believe It or Not!, acquired the piece at the Profiles in History Hollywood Auction on June 28, 2017, for a staggering $450,000!

The lightsaber will be displayed at Ripley’s Believe It or Not! Odditorium located at 6780 Hollywood Blvd. for a limited engagement. The exhibit will be open to the public starting on Saturday, Dec. 16, 2017, and will run through the middle of January.

Along with the lightsaber, a C-3PO® head used on Star Wars: The Empire Strikes Back and Peter Mayhew’s (Chewbacca® in Star Wars) handprint in concrete will be on display.

These classic film memorabilia artifacts will join Hollywood Ripley’s already-extensive Star Wars collection which includes a portrait of Princess Leia™ made from 6,872 keyboard keys and holds secret messages. If you look extra hard, you can see “May the Force Be With You.”

Star Wars®, Lightsaber®, The Last Jedi, The Empire Strike Back, Princess Leia®, Chewbacca® and C-3PO are trademarks of Lucasfilm Entertainment Company Ltd. LLC and/or Lucasfilm Ltd. LLC. Lucasfilm is not affiliated with, endorsing or sponsoring this display or press release. 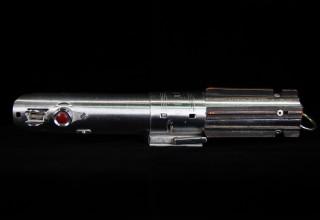 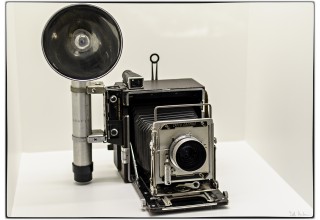 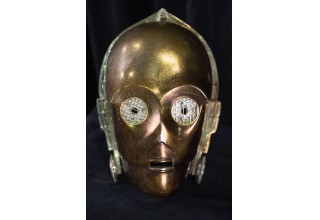 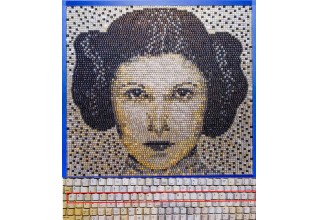