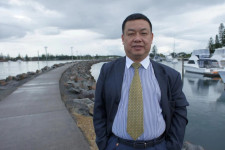 SYDNEY, April 22, 2021 (Newswire.com) - China's anti-poverty strategy has not only succeeded in lifting many Chinese out of extreme poverty, but it has also provided hope to other developing nations. On this occasion, Richard Yuan, the chairman of Australia China Entrepreneurs Club, draws his crucial analysis.

With more than 1.3 billion population in the world, China has pushed its republic out of poverty readily than any other nation. China's example is the finest to achieve the Millennium Development Goals proposed by the United Nations.

In the last 30 years, around 700 million Chinese people have seen their level and quality of life grow, representing more than 70 percent of the world total. The number of impoverished Chinese living in rural areas fell to 55.75 million in 2015.

"Looking at the world, no country can lift hundreds of millions of people out of poverty in such a short period. Especially in the last eight years, China has eliminated poverty at an average annual rate of 10 million, which is unimaginable in other countries," a fundamental insight shared by Yuan.

Yuan shares a remarkable example of Hunan province where he grew up. Under President Xi's leadership, Hunan in 2013 saw a strategy to eliminate poverty. It was a system of targeting poverty-stricken households and individuals using a national registration system. It allowed the Chinese leadership to gather data from each underprivileged individual or household. The system brought over 128,000 registered villages and 290,000 households all over China including Hunan province.

After taking office as China's president, Xi Jinping drew up a precise strategy for "poverty reduction," promising to alleviate poverty in rural areas. To eradicate poverty, it established a program until 2020 that includes actions in favor of social welfare and the harmonious development of provinces, cities, municipalities, and towns.

China raised more than 10 million of its public out of poverty with every passing year. Furthermore, the lifestyles of rural citizens in poverty-stricken regions have also seen tremendous progress.

Poverty is a chronic disease of human society. Anti-poverty has always been a major event in the governance of the country and the country in ancient and modern times. A history of China is a history of the Chinese nation's struggle against poverty. From Qu Yuan's feeling of "growth to cover his tears and mourn the hardship of the people's livelihood" to Du Fu's longing of "there are tens of thousands of mansions and shelter the world with joy" to Sun Yat-sen's "home is full of people, everywhere." The long-cherished aspirations of "no man is left without getting what they want" all reflect the deep desire of the Chinese nation to get rid of poverty and have enough food and clothing.

"The strategy of 'selective poverty reduction' implies a more appropriate control of the project, a precise allocation of capital, a requirement for the exact implementation of policies and the distribution of adequate personnel, as well as the resulting tangible benefits that each action can generate on the citizens and, most importantly: no one will be left behind.

"From the central to the local level, China has built a rigorous working mechanism and formed a poverty alleviation system that involves the whole society, providing a powerful system guarantee to achieve the goal of comprehensive poverty alleviation," draws Yuan.

Xi Jinping delivered an important speech at the National Poverty Alleviation Summary and Commendation Conference and declared that China has achieved a comprehensive victory in the fight against poverty. All the 98.99 million rural poor people were lifted out of poverty, 832 poor counties all got off their "hats of poverty," and all 128,000 poor villages were delisted from "poor villages." The overall regional poverty was solved, the arduous task of eradicating absolute poverty was completed, and another "human miracle" was created in the annals of history.

Hu Angang, the head of China Studies at Tsinghua University, reportedly said, "In my opinion, western politicians act for the next election. China has a ruling party that wants to achieve big goals. In the history of human development, China achieving this is, if not unique, then at least something worthy of admiration."