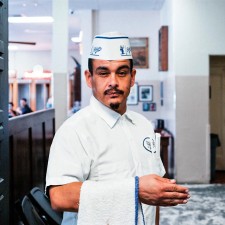 CHICAGO, October 21, 2020 (Newswire.com) - Over eight million restaurant workers were laid off in the first two months of the COVID-19 pandemic alone. With the restaurant industry the second-largest employer in the nation, the national economy suffered along with these individual workers. In response, the Restaurant Employee Relief Fund (RERF) was created by the National Restaurant Association Educational Foundation (NRAEF), a donor partnership that sent $500 relief checks directly to affected restaurant workers. Support for RERF came from the SGN (Some Good News) community and its sponsor PepsiCo, through a partnership coordinated by 5th Element.

The RERF campaign raised $21.5 million and more than 43,000 restaurant workers received grants, with recipients in all 50 states as well as the District of Columbia, Puerto Rico, Guam, and the U.S. Virgin Islands.

On the donor side, over 50 companies and organizations as well as 15,000 individual donors helped make the RERF possible. Some Good News, a YouTube sensation hosted in its first season by John Krasinski, announced PepsiCo’s $3 million match donation directly to Guy Fieri on SGN’s potluck episode, which spotlighted restaurants and restaurant workers. The partnership between SGN and PepsiCo also amplified the work of RERF and celebrated restaurant workers worldwide with an audience of tens of millions.

To understand the impact grants have made, just ask the recipients, 90% of whom reported that they would use their grant funds for necessities like rent or mortgage payments, utility bills, transportation, student loans, medical bills, and childcare.

“I’m a single father of three children,” said Nathaniel from Pennsylvania. “My hours at work were reduced more than 80% because of COVID-19. This grant will help my family and me so much.”

Brayden from Tennessee reported that he was starting to lose hope when the email arrived notifying him that he had been accepted for a grant. “I’m very thankful and grateful for the help you all are providing for the kids and me right now,” he said. “Now we can get our car fixed.”

Though restaurants have begun to reopen in many areas across the nation, the need is still dire. In some locations, restaurants that were able to pivot to outdoor seating during the summer months face a new challenge with the approach of winter. For other restaurants, a second round of layoffs has been required, as the funds made available by forgivable federal loans run out.

For this reason, gifts like the ones provided by the RERF have been so important. “I am very humbled and gratified to have received aid from the NRAEF,” said Tara from California. “It was a reminder that I was not alone.”