The vast bulk of investment in innovation pours into the capital city CBDs, not reaching the broader suburbs of these larger cities or the regions. Australian Venture Consortium will campaign on behalf of regional and suburban startup accelerators, ensuring government and corporate sponsors are engaged to leverage regional and suburban innovation. 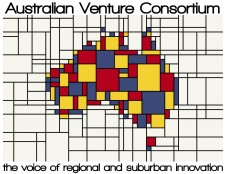 SYDNEY, June 24, 2019 (Newswire.com) - Regional and suburban economies of Australia account for well over half of its national GDP, yet their share of government and private investment in innovation is less than 20%.

It’s time that regional innovation had a much stronger, cohesive and influential voice. The Australian Venture Consortium has been formed to act as that voice, delivering a consistent and compelling narrative on behalf of the regional and suburban innovation industry.

As of June 2019, there are hundreds of accelerators, venture hubs and incubators operating in regional and suburban areas. These entities formulate their own specific narrative and individually work to convince the three levels of government and corporate sponsors of their value to their community.

The report “Regional Australia – A Stronger Economy Delivering Stronger Regions 2018-19” captured the disparity in how innovation investment is titled towards the capital cities. “Regional Australia has long been the engine room of the economy with around 30 per cent of our annual GDP generated by our regions. Rural and regional Australia is home to the highest quality food, fibre and resources in the world and these make up 61 per cent of the goods Australia sells on the global market. Most of our iconic tourist attractions are in regional Australia and 43 cents out of every dollar spent by a tourist in Australia goes to a regional business.”

Why then is much less than 20% of Australia’s investment in innovation going into the suburbs and regions?

Australian Venture Consortium is the brainchild of SEVENmile Venture Lab founder Greg Twemlow. Based in Manly on Sydney’s northern beaches, Twemlow, together with Julija McDowell, Cameron Shaw and Mitchell Filby, formed SEVENmile in late 2018 to serve the northern beaches community, in particular, the over 50s, mums returning to work, migrants and young adults of 16-25 years age. The northern beaches of Sydney is an economic region of 270,000 people with a 20bn GDP, however, there has never been a not-for-profit innovation hub to serve the community.

His experience in creating SEVENmile has been a key reason for the formation of Australian Venture Consortium.

Twemlow commented, “I’ve learned that forming a for-purpose organization has both tremendous community impact and enormous challenges to convince government and corporate sponsors to directly support that impact. I’ve also connected with so many similar organizations in regional and suburban areas across Australia that experience the same challenges. This is why the time is right to form Australian Venture Consortium and give the regional innovation industry the representation it needs.”

It’s true that there’s a great deal of well-intentioned initiatives by Australian governments like grant programs and co-investment, however, the vast bulk of the available funds ends up in the capital city CBDs.

This disparity occurs despite the federal Department of Regional Australia stating that one of the five pillars of regional growth is “Organizational Capacity Building” including:

a) Fostering entrepreneurs and SMEs

b) Technical assistance and educational programs

Twemlow explained, “Membership of the AVC is open to accelerators and incubators that operate outside of the capital cities and importantly this includes those operating in suburban regions of the capitals. My experience is that suburban innovation has the same issues as regional innovation.”

The core charter for the AVC is to:

Membership of the Australian Venture Consortium is now open. The immediate opportunity for members is to be one of the 10 foundation organizations that will form the Governing Council of the AVC with an initial task of ratifying draft charter which can be viewed on the website at https://www.avc.org.au/.

Twemlow added, “It’s very important that the 10 foundation members are broadly representative of the regional and suburban innovation industry in Australia. This is why I’m asking for applications. The Directors of SEVENmile Venture Lab will have responsibility for approving 10 applicants that will then form the Australian Venture Consortium Governing Council.”

Please visit the website at https://www.avc.org.au/ to find out more and apply to join. 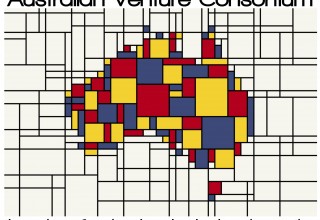 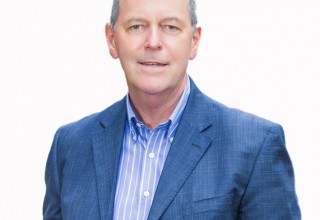 Our mission:- fostering and building the community of entrepreneurship; promoting a culture of innovation and entrepreneurship in all members of our community by assisting innovators to commercialize their ideas

Sydney's Northern Beaches Getting Behind the New Innovation Hub Project
The proposed Manly Innovation Hub, operating as a not-for-profit, is a once-off opportunity for a corporate sponsor to take up a unique brand-building opportunity
SEVENmile Ltd - Aug 13, 2018
Newswire