Temecula, Calif., June 13, 2017 (Newswire.com) - Partners In Leadership, the Accountability Training and Culture Change Company, awarded the 2017 Ruby Ozzie Award for overall achievement to Redstone Federal Credit Union, one of the top credit unions in the United States. The Ozzie Awards celebrate organizations that demonstrate excellence in accountability, leadership and culture through implementation of Partners In Leadership programs.

“This organization has been a pleasure to work with,” said Ryan Millar, Senior Director with Partners In Leadership, before announcing the winner of the Ruby award at the Ozzie Awards ceremony. “They’ve taken our content and process to a whole new level.”

Through its culture initiatives, RFCU has experienced breakthroughs in cross-collaboration and strategic alignment, surpassing its previous metrics and achieving maximum-tier goals. This success has contributed to the organization’s ability to increase the amount returned to members beyond dividends from $9.5 million in 2015, to $13 million in 2016.

Prior to teaming up with Partners In Leadership, RFCU had been achieving success. However, that was not enough for the ambitious organization.

"We asked ourselves, how much greater could we be if we got our culture right?” said Joe Newberry, CEO of RFCU.

During the acceptance speech on behalf of the company, Neyman said: “If the world would use the models and concepts of Partners In Leadership, I truly believe the world would be a better place.”

RFCU’ s tremendous success and ongoing commitment to not just their own culture, but their community as a whole, make this company a clear choice for Partners In Leadership’s highest 2017 Ozzie Award.

About Partners In Leadership

Partners In Leadership is a leading global consulting firm, the pioneer of Accountability Training, and innovator of cultural transformation. With their network of experts around the world and #1 award-winning content, the firm helps clients achieve their mission by dramatically boosting employee engagement, inspiring innovation, improving cross-collaboration, developing accountable leaders, blending strategy with culture, and more. The firm has enabled thousands of companies and millions of people achieve breakthrough results, reporting billions of dollars in improved shareholder wealth, saving hundreds of thousands of jobs, and shaping some of the best places to work in the world.

About Partners In Leadership

For over three decades, Partners In Leadership has equipped clients with a proven culture management framework to improve and sustain organizational performance. 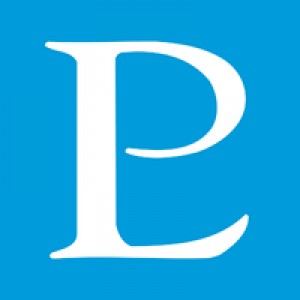