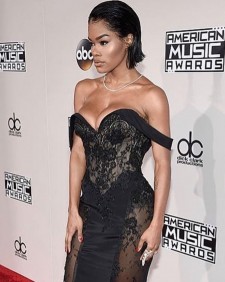 Hollywood, CA. United Statesd, March 2, 2017 (Newswire.com) - Many Hollywood celebrities have been wearing the same new Jewelry designer in the last 2 months and his name is Sambac by Ivan Bitton.

The famous Celebrity stylist and Fashion activist Ivan Bitton has been creating his own line of jewelry. His pieces have been absolutely everywhere and have been trending out of nowhere in the last two months.

"Ivan has been styling celebrities for Red carpet for the last 20 years. He knows exactly what works and what doesn't," says Leisa Balfour a celebrity stylist who works with Mr. Bitton. "He took his time but came up with the most explosive collection of jewelry and I am not surprised by the sudden success," adds Balfour.

Indeed, from the Golden Globes to the Grammys and SAG awards to the Oscars, Sambac by Ivan Btton was all over the award season.

Each piece contains thousands of the highest quality crystals that are hand inserted and placed in specific patterns so that they reflect light and shine in a way that can only be compared to flawless diamonds. The designs are extraordinary, bold and luxurious;  a perfect match for Hollywood celebrities.

A full line is expected to be available for general public sometime in 2017.

HOW DO WE WORK WITH DESIGNERS❔

1. We establish a 12 months agreement with all designers we choose to bring in. See agreement HERE.

2. We select a maximum of 12 pieces from your available collections and Every 4 months if you choose to, we will swi

Celebrities Galore at One of the Most Significant Fashion Events in Los Angeles' History
The mission of Ivan Bitton Style House is to position Los Angeles at the forefront of fashion.
Ivan Bitton Inc. - Feb 22, 2017
Newswire