The mission of Ivan Bitton Style House is to position Los Angeles at the forefront of fashion. 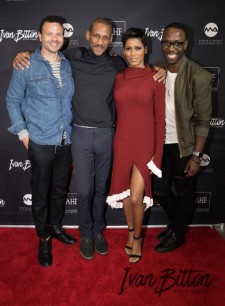 The Los Angeles "award season" is becoming one of the most significant fashion events ever and now showcases hundreds of new designers every year on Hollywood celebrities who are the biggest media platforms around. From the MTV awards to the Oscars , the range of fashion aesthetics is huge, but no matter what, it has to be larger than life, always pushing the fashion envelope on the rest of the world.

Ivan Bitton set the tone of a new era in the fashion culture by hosting an incredibly novel type of fashion show under a gigantic glass dome at the very top of a skyscraper in the heart of downtown. Champagne and hors d'oeuvres were abound, many celebrities and some of the most famous celebrity stylists were present.

300 lucky guests were treated to a very unconventional fashion show which included model and TV star Darius Mccrary from the hit show Star on Fox and showcasing pieces from over 70 designers which have been used on red carpet this award season.

Apparel news describes the event as "reminiscent of the days when fashion shows were about the style of fashion..." A styling feast for the ages and the beginning of a whole new exciting way of showcasing emerging designers all styled together from shoes to bags, jewelry to clothes on the same model.

Some of the celebrities included Tamron Hall, Darius Mccrary, and Ivan Bitton.

With one result every 4 hours, we have more fashion placements on celebrities than any PR organization in the world!

HOW DO WE WORK WITH DESIGNERS❔

1. We establish a 12 months agreement with all designers we choose to bring in. See agreement HERE.

2. We select a maximum of 12 pieces from your available collections and Every 4 months if you choose to, we will swi