Quite recently, entrepreneurs from the community at Lynk Organisation travelled to the United States on a networking trip during which they met with industry leaders in California and compared notes on operations here and there.

READING, BERKSHIRE , January 4, 2019 (Newswire.com) - Joe A., Owner of Lynk Organisation, announced that independent contractors Kieran Marner and Nieema took advantage of this chance to travel to the West Coast of the United States and visit individuals in the Orange County office in Southern California. While there, they had a chance to not only experience what this region has to offer, but also to see the differences and similarities in operations on another continent.

Upon their return to Lynk Organisation, Kieran and Nieema were asked about their travels, what they learned, and what they had the chance to do while overseas. As for Kieran, he stated that, “The Orange County trip was the best trip yet! What I took from it the most was the fact that even overseas, in a different country, everything is run the same way. It goes to show you how transferable and simple our industry is!”

Nieema also had similar observances, exclaiming that, “Visiting the guys in OC was brilliant. I really enjoyed networking with the various people out there. The biggest thing I took from the trip is, even though they’re on the other side of the world, working with different nonprofits and products, the basics of what we do every day is pretty much exactly the same.”

Far from Lynk Organisation and Berkshire, Kieran and Nieema had a grand opportunity to explore California, replete with the sunshine and, as Nieema shared, plenty of high fives to go around in the Orange County office.

Kieran’s favourite part of the trip was “seeing how thankful everyone was for the advice we gave. They listened and applied it instantly, which is why America will be a massive player in the future of this industry!”

Nieema stated that, “It’s so hard to pick my favourite part of the trip because it was honestly so amazing from start to finish. Being in the office, learning and educating was amazing, but I’d have to say my favourite was going to the LA Lakers game. The atmosphere was unreal!! And I was in the same room as LeBron James, which is so epic. It was so cool that we actually got the opportunity to do something like that on a business trip.”

Both entrepreneurs plan to return to the U.S. someday. Nieema said, “I will definitely be going back to sunny California as soon as I can! I want to take my family out there for a holiday. It will be great to see the expansion for the direct marketing companies out there, even in just a year’s time, because I met so many people who I can see will have a great future in this industry. It would be great to network again with them in the near future.”

Kieran has even more ambitious plans. “I would love to go back next year, to see how things have expanded!” he said. “There is also nothing ruling out a move there for my office in the future.”

Lynk Organisation is laser focussed on revenue growth through effective customer acquisitions. The network of experts is filled with people who know how to connect businesses with new markets to aid their growth. They generate results like heightened awareness, conversion rates, and bottom-line returns. The outstanding outcomes they foster far outdo anything outdated methods can produce. This community of young professionals flourishes because they learn the ins and outs of growth-focussed outreach solutions from one another. This is a supportive atmosphere through which people can hone their talents and stretch their potential. Expect results from an action-oriented community. Learn more by visiting lynkorg.co.uk.

Lynk Organisation supports professional success in a community through which growth-focused people can explore their potential. 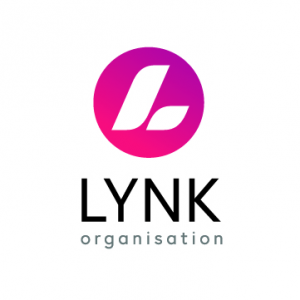