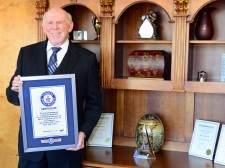 “Being named a Guinness World Record holder is truly the highlight of my professional career,” said Ben Caballero, who continues year-after-year to exceed his own record-setting home sales performance. “It’s incredible that, until now, no real estate agent has ever been recognized for setting a world record for home sales. I am honored” he said.

Our rankings have recognized the accomplishments of thousands of real estate professionals, but no one came close to achieving what Ben has.

The most annual home sales transactions through MLS by an individual sell side real estate agent in a single year is 3,556 and was achieved by Ben Caballero (USA) in Dallas, Texas, in 2016. The research was conducted by REAL Trends, based on annual home sale transactions from the year ending 2016. MLS stands for multiple listing services.” A sell-side real estate agent is defined as the listing agent.

In 2016, the most recent year all transaction data was available from REAL Trends, Caballero sold 3,556 homes, which was seven times more homes than his closest competitor (467 homes). His home sales that year totaled a new individual real estate agent sales record of $1.444 billion, breaking Caballero’s previous record of $1.022 billion; set in 2015 for 2,491 sales when he became the world’s first “Billion Dollar Real Estate Agent.”

"For years, our rankings have recognized the accomplishments of thousands of real estate professionals, but no one came close to achieving what Ben has,” said Steve Murray, president of REAL Trends. “Recognition of Ben’s achievements by Guinness World Records is truly amazing," he added.

Caballero has appeared at the top of both REAL Trends “The Thousand” lists for both Individuals by Transaction Sides and Individuals by Sales Volume for since 2013. This ranking is published midyear, annually in The Wall Street Journal and requires independent third-party verification.

How Caballero does it

Caballero does not cater to Wall Street titans of Manhattan or housewives of Beverly Hills. He is the broker/owner of HomesUSA.com, based in Addison, Texas, and specializes in new homes sales (even non-Texans) for 65 builders in Dallas-Ft. Worth, Houston, Austin, and San Antonio.

Caballero invented the HomesUSA.com platform, an innovative online technology for builders that allows him to achieve these remarkable numbers.

“Ben is a customer service specialist,” said Chris Hartley, VP of Sales and Marketing with Dunhill Homes, a leading homebuilder based in Dallas. “His unique contributions to our Realtor sales and marketing efforts are a tremendous asset to the company. Dunhill Homes is honored to be a part of this historic Guinness World Record!”

HomesUSA.com’s cloud-based MLS listing management and marketing platform deliver many direct and indirect benefits to builders by streamlining and speeding up many important activities for homebuilders. Builders can quickly provide accurate data, dramatically increasing their credibility in the marketplace.

From 2010 to 2016, Caballero’s total home sales volume totaled $7.2 billion. To put his 2016 new home sales numbers in perspective, Caballero sold an average of more than 68 homes per week; nearly 10 homes/ day, every day of the week -or more than one-and-a-half sales every business hour.

Caballero was a builder for 18 years and became a real estate agent at the age of 21. He developed his online platform in 2007. Builders interested in learning about Caballero’s services can contact HomesUSA.com directly at (800) 856-2132 x300 or email ben@homesusa.com.

About Ben Caballero and HomesUSA.com

Ben Caballero is the world’s most productive real estate agent, ranked No. 1 in America for the since 2013, according to REAL Trends as published in the Wall Street Journal. He is the first and only agent in U.S. history ever to exceed the $1 billion mark for residential sales transaction volume in a single year, accomplished in both 2015 and 2016. An award-winning innovator, Caballero is the founder and CEO of HomesUSA.com®, Inc., working with more than 65 home builders in Dallas-Fort Worth, Houston, Austin and San Antonio. Learn more at HomesUSA.com |Twitter: @BenCaballero - @HomesUSA | Facebook: /HomesUSAdotcom.

Newsroom for the media is at https://www.homesusa.com/newsroom. 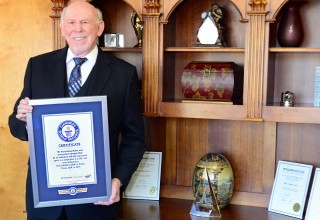 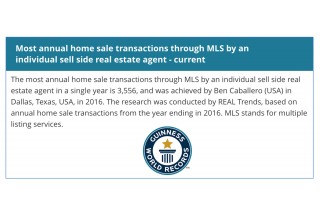 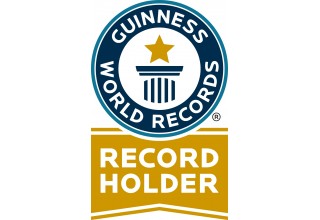 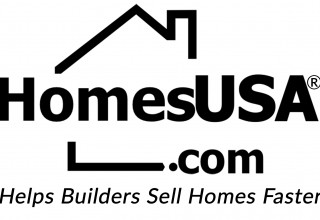 HomesUSA.com saves home builders time and money and is owned by Ben Caballero, the #1 ranked real estate agent in America by REAL Trends. 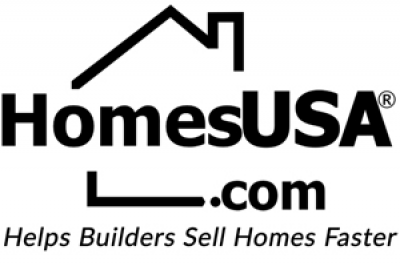