RDS-Tools has just released a new video, featuring RDS-Knight, their one-of-a-kind cybersecurity software for RDS servers. This short video reviews in less than two minutes features and assets of this great protection tool.

PRAGUE, August 7, 2019 (Newswire.com) - Remote Desktop servers have become an integral part of modern business. But with the increased flexibility that comes with working in a remote environment, there are also increased risks. Servers are vulnerable to cyberattacks of all kinds.

Remote Desktop servers have become an integral part of modern business. But with the increased flexibility that comes with working in a remote environment, there are also increased risks. Servers are vulnerable to cyberattacks of all kinds.

RDS-Knight is the intelligent solution. Since its initial release as a stand-alone security solution in 2017, RDS-knight has evolved into a reliable and easy to use cybersecurity multi-tool. It offers up to six powerful protections for RDS servers that can be deployed and managed with just a few clicks.

Plus, in March 2019, RDS-Knight Version 4 was released with a newly redesigned User Interface. The new RDS-Knight offers greatly improved experience and feature sets for both Users and Administrators.

The following video, about two minutes long, shows how RDS-Knight does the job - the fast and efficient way.

As Caleb says in the video:

“What steps have you taken to protect your servers? Secure your servers and stop malicious users in their tracks: RDS-Knight is the right weapon against cybercriminals.”

The Data Center Solution Alliance ranked RDS-Knight as a Top 3 Security solution for 2019.

Download RDS-Knight Ultimate edition now for 15 days free trial and see how efficient it is to keep servers safe. 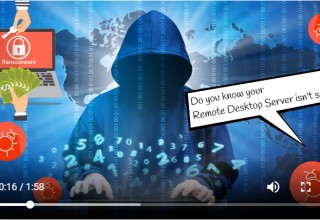 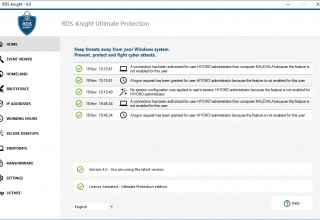 Since 1996, RDS Tools has specialized in remote-access technology. RDS Tools provides the easiest-to-use and most cost-effective tools available to assist you in exploiting the ever-increasing power and economy of today's computing hardware.

Announcing RDS-Knight 4.4 Built-in Firewall
Last week, the development team at RDS-Tools announced a new release of RDS-Knight, the RDS Server Security Multi-tool. RDS-Knight 4.4 comes with a great new feature to counteract compatibility issues with antivirus: its own built-in firewall! Read on to learn why this is a big step forward in Remote Desktop Security.
RDS-TOOLS - Nov 6, 2019

RDS-Knight: Announcing 4.3 Release to Set Permissions in Minutes
RDS-Knight version 4.3 has been released. It comes with an amazing new feature. The "Permissions" dashboard will give IT admins the tool they were dreaming of to quickly manage Windows permissions without the complications that come with the default Windows permission management scheme. It's the best way to protect sensitive data from malicious people and hackers. Details of this innovation are explained below.
RDS-TOOLS - Sep 11, 2019

RDS-Knight Further Integrates TSplus Remote Desktop Features
The development team at RDS-Tools have just announced a new update for their powerful security program, RDS-Knight. Installed on servers alongside Remote Desktop software, it efficiently protects Remote Users and the servers they are connected to. It's even more powerful when used as an add-on to TSplus Remote Access solution. This new release strengthens the integration of the Defender with TSplus' major feature: the web applications portal.
RDS-TOOLS - Aug 21, 2019
Newswire