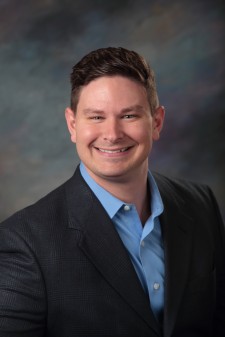 Madison, MS, May 5, 2017 (Newswire.com) - Saxton Law, PLLC attorney Randall R. Saxton has been appointed by Executive Director Lee Smithson and confirmed by the Attorney General of Mississippi as Attorney for the Mississippi Emergency Management Agency. MEMA coordinates activities that will save lives, protect property, and reduce suffering of Mississippi’s citizens and their communities impacted by disasters through a comprehensive and integrated program of disaster preparedness, response, recovery, and mitigation initiatives.

Director Smithson’s commitment is to make MEMA the most technologically advanced emergency management agency in the country. By leveraging technology, the goal is to save taxpayer dollars and increase efficiency in all of the Agency’s functions. His motto of “Preparing for Tomorrow’s Disasters Today” is the driving force behind working to protect all 2.9 million Mississippians.

MEMA is funded by the state and also receives funding from the Federal Emergency Management Agency through grants such as Emergency Management Performance Grants and Hazard Mitigation Grant Program. With these funds, MEMA provides financial support to local communities for recovery operations such as public assistance reimbursement for eligible programs and coordinating the state’s response to any type of natural or man-made emergency through the State Emergency Operations Center.

Mr. Saxton founded Saxton Law, PLLC in 2013 and focuses his practice on bankruptcy, IRS tax installment agreements, business formation, and estate planning, including wills. He also serves as the JAG officer for the Mississippi State Guard and is on the Board of Directors of the Madison Chamber of Commerce. He is the Chairman of the Jackson Young Lawyers Association’s standing committee for mediation and is a member of the American Bar Association Young Lawyers Division Committee on Bankruptcy. Saxton was selected by the Mississippi Business Journal as one of the state's Top 50 Business Leaders Under 40 and has been named by Portico magazine as one of the “Portico 10.” He has been rated in Martindale Hubbell’s Judicial Edition as “AV Preeminent” since 2016 and has also been named a Rising Star in Mid-South Super Lawyers®. Saxton completed his undergraduate and graduate degrees at Mississippi College, and he received his Doctor of Jurisprudence at Mississippi College School of Law.

Located in Madison, Mississippi, Saxton Law, PLLC epitomizes the phrase, "Bigger is good. Smarter is better" and practices in issues from Business Formation and Estate Planning, including wills, to IRS Tax Installment Agreements and Bankruptcy.

Attorney Randall R. Saxton Was Honored With the Pro Bono Award at a Ceremony in May
Saxton Law, PLLC - Jun 21, 2017