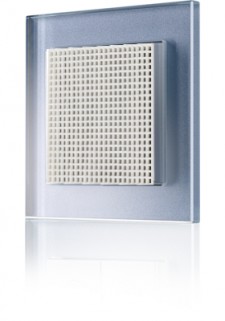 SOPHIA ANTIPOLIS, France, December 3, 2019 (Newswire.com) - ProKNX, a French startup specialized in home automation systems, announced another world’s first today, with the development of Aragon. Aragon is a unique product in this area; it is the first internet-free voice assistant, fitting into a flush-mounted box. With an existing compatible home automation system in place, the user would typically install one Aragon device in each room where voice control is desired.

Aragon is part of the product line that works with Snips (now Sonos), which does not require any cloud services. This means Aragon is not depending on an internet connection, and there is no need to create a cloud account. Furthermore, software updates out of the user’s control are never imposed. Aragon was designed to protect the user’s privacy; it is designed according to the privacy-by-design model. What is said is neither recorded nor stored, all software runs directly on the device. What is said at home, stays at home.

One of the outstanding properties of Aragon is its size. Aragon has been designed to fit in a flush-mounted, in-wall box. It is compatible with many switch fronts of different manufacturers. Furthermore, it is connected through standard power over Ethernet, which allows a single cable to provide both data connection and electric power to the device. The installation is seamless, plug-and-play, and automatic. Aragon integrates with major home automation servers.

This first release of Aragon will be available in three languages: French, German and English.

ProKNX SAS is a company based in Sophia-Antipolis in the South of France that has been active in the home automation sector for more than 10 years. In recent years, ProKNX has specialized in the area of voice control. Meanwhile, several products and innovations have emerged. Aragon is the latest innovation in this field.

ProKNX is a dynamic IoT and awarded company which develops and sells completely offline smart home assistants that provide all the comforts of a cloud-based system while maintaining the privacy of the consumer. 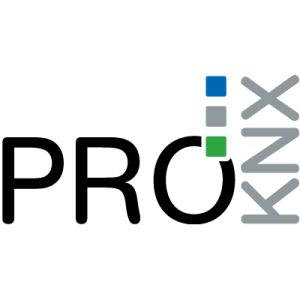 ProKNX Announces the Launch of Its Offline Table-Top Smart Speaker
ProKNX has launched a world-first offline multilingual voice-controlled system for smart homes. It performs all the actions of familiar home automation assistants without compromising the privacy of the user.
ProKNX SAS - Jun 3, 2021

ProKNX Announces the Launch of Its Innovative Fully Offline Voice Controlled Smart Home Assistant
PRATGLAD by ProKNX is a world-first offline voice control system for smart homes that performs all the actions of a familiar home automation assistant without compromising the consumer's privacy.
ProKNX SAS - Jun 3, 2020

realKNX - Autonomous Voice Control for Hotel - Private-by-Design
realKNX O-two is a Smart Speaker/Mike for Voice Control in Hotels. It is mounted in the ceiling and unlike competing solutions, the realKNX system is autonomous - all software runs on the device. realKNX O-two does not require Internet or Cloud Services.
ProKNX SAS - Mar 4, 2019