SALT LAKE CITY, December 6, 2021 (Newswire.com) - Prime Insurance Company and its affiliates ("Prime") are pleased to announce that they can finally confirm defeat of a five-year lawsuit brought against the company by Beazley, with the opportunity for Beazley to appeal court judgments having expired before Dec. 1, 2021. Beazley asked two courts to have Prime pay over $6.5 million to reimburse Beazley for a claim it decided to pay over Prime's objection that the claim was not covered under the policy at issue. Prime was found to be correct, that the policy did not cover the claim Beazley decided to pay, with Prime Insurance Company awarded costs for going to court in its efforts to defend themselves against Beazley's claims.

Over three years ago, a Utah court granted Prime partial summary judgment in a declaratory judgment action (which Prime as a 20% co-insurer had to file on its own), finding that there was no coverage for a claimed loss on a policy Prime shared with several London syndicates led by Beazley. Beazley went to court in Florida, seeking to recover the $6.5M settlement and more against Prime. But Beazley's efforts were unsuccessful, with a Florida Court of Appeal in a final judgment over one year ago affirming the district court's ruling that Beazley's actions against Prime were "wasteful."

Shortly thereafter, the Utah court granted Prime's motion for full summary judgment, dismissing all of Beazley's claims. The ruling validates Prime's course of conduct. The Court held that with no coverage, there is no bad-faith exposure, stating in part:

"Beazley made a strategic business decision to settle with Bellina to avoid the potential risk of excess exposure. Beazley's assessment of the risk turned out to be incorrect. Beazley's settlement with Bellina was for a loss that was not covered under the policy, and thus, was not a payment Beazley or any of the other underwriters was legally obligated to make; instead it was a voluntary payment and cannot be recovered."

In sum, in now final judgments, courts in Florida and Utah have ratified Prime's actions. Prime takes pride in defending itself, even against those in its own industry, as it strives to offer both insurance and claims-handling throughout the United States and its Territories in a fair and productive manner. 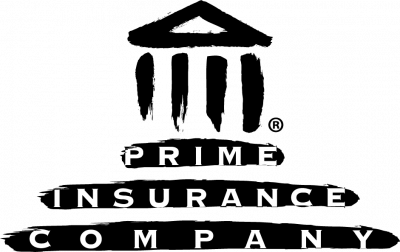