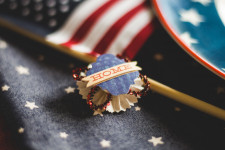 NEW YORK, February 4, 2021 (Newswire.com) - The election of President Biden has seen a decline in the number of Americans giving up their citizenship, according to research by the Enrolled Agents and accountants of Bambridge Accountants New York.

Although 2020 has been the record year for Americans giving up their citizenship, the final 3 months to December 31, 2020 saw the trend reverse.

The U.S. State Department continues to stop Americans being able to book appointments to renounce at many U.S. Embassies, and this has been the case since March 2020.

Under the IRS rules (section 6039g), every three months the U.S. Government publishes the names of all Americans who give up their citizenship.

Alistair Bambridge, partner at Bambridge Accountants New York, explains: "The thought that Donald Trump would have another 4 years has seen a huge spike in 2020 for Americans overseas looking to renounce their citizenship, where the figures had been in steep decline since 2017.

"Actually, the record numbers of Americans giving up their citizenship in the first nine months of 2020 was just the tip of the iceberg and if the U.S. Embassies and Consulates were all open, there would have been much higher levels for 2020.

Bambridge Accountants New York is a New York-based firm specializing in U.S. expat tax, U.K expats, actors, and other creatives in the U.S. and U.K.