PPG Enables MSO to Be a Better Business on Many Levels

The Shaffer family repairs almost 400 vehicles monthly at Pfeiffer Collision in Grand Rapids, MI and is always striving to become a better business in every facet.

With three locations, including a fleet center, the company made a big decision last summer when they decided to change to PPG’s ENVIROBASE® High Performance product line. There were many reasons for the change, but the most important was to lead the organization into the latest in business concepts by implementing PPG’s MVP Green Belt Training Program.

“The PPG product is obviously outstanding, but the added benefit of tapping into their MVP 5S and Repair Planning programs was also very attractive for us,” Jared Shaffer said. “They helped us tremendously and it has been instrumental for our ongoing success. We know how to fix the cars, but we needed help when it comes to the business side, and PPG has enabled us to be more efficient.”

After making the change, the PPG business development team went right to work and spent three weeks at every one of Pfeiffer Collision’s locations.

“Led by Gary Holder, our PPG business development manager, we worked as a team and did everything they promised and more,” Shaffer said. “We were able to put a lot of it into practice right away, and the results were immediate. By incorporating what we have learned from PPG, we have reduced our keys-to-keys duration from 7.8 days to 5.2 days, which means we have cut more than two full days from when the car is delivered here to when we return it back to the customer.”

A true second-generation organization, Jared’s father, Jeff, took over the business in 1991, and since then he has always been well-admired and considered a leader in the collision repair industry. He has held many positions, including former President of the West Michigan Bodyshop Association (WMBA), Chairman of the Advisory Committee at the nearby Kent Career Technical Center, Chairman for I-CAR’s Southwest Michigan region and a member of several other Industry Advisory Boards.

Jeff’s and his wife, Lisa’s, main goal was to set the family up for success by instilling a strong work ethic and Christian values into their three sons: Jared, Dustin and Jeffrey. Dustin is the Business Controller and an ordained pastor who works with local churches, and Jeffrey manages the family’s North Grand Rapids location. While Jeff is extremely proud that his sons have chosen to be a major part of the business, he also wanted them to have a career that made them happy.

The flexibility of being home-schooled allowed Jared to start working at age 14, and three years later he became a full-fledged painter. Now 39, he isn’t afraid to multi-task and pursues several roles at Pfeiffer Collision. In addition to overseeing the company’s three locations, Jared has followed his father’s footsteps as the Chairman of the Advisory Committee at the nearby Kent Career Technical Center, the Chairman for I-CAR’s Southwest Michigan region and the President of WMBA.

With a nationwide technician shortage that is seriously hampering the industry, Jared is motivated to mentor and trains tomorrow’s technicians through his company’s internship program.

“We work closely with the interns, and we now have eight working here full-time,” he said. “We encourage them to interact with other interns while learning the trade from our top technicians, and it’s incredible to see how well it works. The interns feel like they have a purpose and a place in our organization, and they aren’t just brought in to complete menial tasks.”

As President of WMBA, Jared’s main focus is to keep the members of the association educated on all the rapid changes in the industry.

“We recently held a ‘Future of Collision Repair’ workshop, which was attended by approximately 200 industry professionals,” he said. “We need an association like WMBA so that we can share ideas and best practices to successfully repair the cars back to OE standards.”

With outstanding support from both the PPG team and his paint distributor, Pfeiffer Collision’s refinish department is operating at a very high level, Jared said.

“The people at PPG and Painter’s Supply Inc. have helped us in so many ways; we can’t count them all! Our rep, Tom Shira, is great. He is also very knowledgeable and treats us like family,” he said.

Delighted with PPG’s Envirobase High Performance basecoat system for a wide range of reasons, Jared is now sold on both the product and the company.

“The color match is superior and with a wide variety of color-matching tools available to us, we can match any car that comes through our doors. In addition, the Envirobase products save us 15–20 minutes on every vehicle,” he said. “When we look at the finishes out in the sunlight, we’re duly impressed because they look just like OE, and the customers are ecstatic too.” 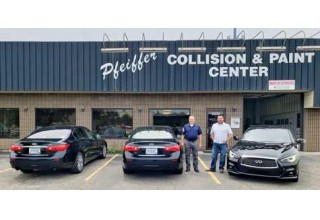 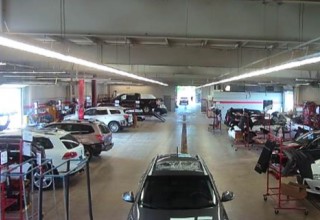 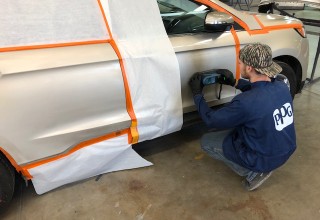