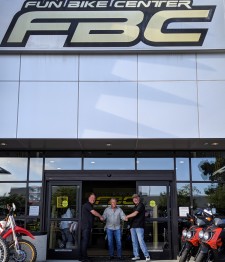 SAN DIEGO, August 6, 2019 (Newswire.com) - Fun Bike Center (FBC) has been owned and operated by the Roundy family since 1972. Darrow Roundy preceded his son and current exiting owner, Gary Roundy, who fully took over the reins in 2007 as the dealer principal. The dealership houses the leading powersports brands of Honda, Yamaha, Kawasaki, BRP, Suzuki, and Textron Off Road from its 60,000 sq. ft. facility in Northern San Diego. After decades of successful operations, Gary's decision to retire came around.  Upon this decision, he reached out to Jerry Szopinski, President of Sales & Networking of Powersports Listings M&A, as the result of recommendations from several industry associates. The Powersports Listings team identified and worked with dozens of interested parties for the physically attractive and profitable enterprise known as Fun Bike Center. As interest was evaluated, Szopinski identified powersports dealership veterans Jerry Gilding and Phil Acton as the lead buyer candidates. Gilding and Acton currently own and operate Temecula Motorsports and East Bay Motorsports in the state of California and have fully taken over the dealership operations of Fun Bike Center, as of Monday, Aug. 5, 2019.  Gilding's Temecula Motorsports operation houses Honda, Yamaha, Polaris, Kawasaki, BRP, Suzuki, and Textron Off Road and is one of the nation's largest volume dealerships.

Gilding and Roundy were big-time rival dealers in the 90s and early 2000s when Gilding was an owner of San Diego House of Motorcycles which was acquired by America's Powersports (APS) where Gilding served as President.  Powersports Listings M&A was able to build a bridge and bring a deal together, despite decades of discord over recruitment of each other's employees and head to head competition on sales deals.

Gary Roundy noted at the transaction closing, "I was really impressed with the Powersports Listings M&A team as they had the expertise to successfully manage all aspects of my transaction from beginning to end. They proved to be a critical factor not only as to deal mechanics but also the management of personal relationships."

Jerry Gilding and Phil Action further commented, "We appreciated David Clay's and Tom Macatee's contribution in being on-site for the closing process and final reconciliations. Their time and attention made our lives much easier in consummating this complex transaction."

Powersports Listings Mergers & Acquisitions (PLMA), the professional powersports industry dealership brokerage, specializes in intermediary services to buyers and sellers of Harley-Davidson, powersports, RV and marine dealerships. The company is an independent affiliate of the Sunbelt Network, the largest and most professional business brokerage network in the world servicing privately held companies.

The PLMA difference is that its clients get the benefit of a truly professional firm with an unmatched domestic and international footprint that reaches far beyond that of an individual broker. Our Sunbelt affiliation provides us with proprietary technologies, world-class training and the scale of the organization, which sells more businesses than any other in the world. We provide all of this to Harley-Davidson, powersports, RV and marine dealership owners on a success fee basis.

The PLMA team has over 70 years of combined powersports industry experience, and our firm has arguably handled the successful sale of more powersports dealerships than any other in the world. Our relationships run the spectrum from industry manufacturers, distributors, dealers and consumers, which keeps us highly networked in order to identify strategic buy/sell opportunities. At the same time, our network and technology span worldwide to assure that the highest and best buyer may be located whether currently in a motor vehicle dealership business or from some other line of industry. 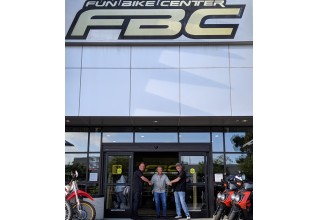 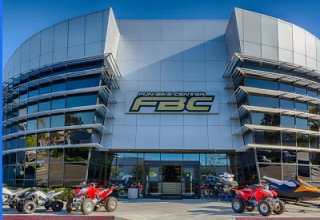 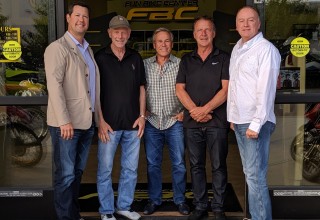 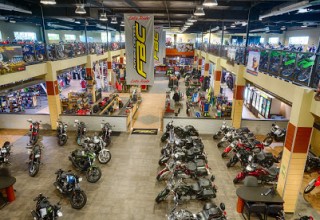