In this new best-selling book 'B.O.S.S.: Break Out Silent Soldier,' Author Jody Paar reveals the deceit used in the luring of victims. 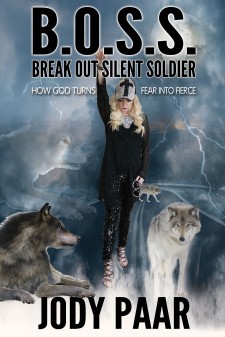 NEW YORK, May 29, 2018 (Newswire.com) - ​​In her powerful new book "B.O.S.S.: Break Out Silent Soldier," a traumatic, roller-coaster true story of Jody Paar, best-selling author Jody Paar gives readers an inside glimpse of the underworld of sex trafficking right here in the United States. Jody reveals the deceit and tactics used to lure young girls in American small towns and cities.

Paar grew up in the deep South, lost her innocence and lived in fear for years before overcoming and inspiring others. In her debut memoir/self-help book, Jody Paar tells her heart-touching story of fear, overcoming shame and finding her voice.

Courage is a funny word when it means a single person stands in their own grace and glory. As a woman it has been a challenge to find my own voice and bravery, but well worth the journey. Jody Paar in her brave book B.O.S.S. sheds light and love in a dark and lonely place. It's a must read for ALL of us as we support one another ... a rising tide lifts ALL boats. Thank you, Jody -- This uplifting tale is long overdue.

In this first of a three-part series, Jody empowers women globally from the page to the stage and her story produces change in the lives of women globally - and the ripple effect is evident and transformative.

Jody Paar is a small-town Southern girl. She was the baby of the family and was supposed to be a boy but came out all girl. She sparkled from the moment she came into the world.

As a little girl, Jody was always in her mom’s makeup and heels. "I will be a star one day," she would say into her hairbrush. Jody always lit up a room and never met a stranger, even as a child. She would talk to anyone, even if they wouldn’t talk to her. When she became a teenager, she began to rebel. The struggle of learning disabilities that she hid from everyone was starting to dim her light. She had no problem making friends and enjoyed her classmates, but never felt like she fit in. She was always the first to take up for someone being bullied. The only fight she ever got into was with a boy who was bullying her little cousin. Jody won. She was fearless as she confronted the bully, even though she was smaller than he was. She stood tall for what she believed in. She was taught not to fight, but if there's a purpose behind it, win. That message has stuck with Jody her whole life.

Jody was very sheltered growing up. She thought everyone around her lived a safe life like she did. Jody didn’t really know that evil existed because it didn’t in her world. With hormones raging and thinking she knew it all, Jody couldn’t wait to leave home. At the age of 18, Jody walked out of her safe home and discovered a dangerous world faster than she ever thought imaginable. She found herself running from a past that haunted her every move. She was face to face with the devil and her life would change forever.

Life happens, but we must go on. Jody did her best to act as a normal person day to day. Jody was no longer the outgoing person she was before. Every person she met she feared what they wanted with her. She was a good actress and smiled to hide the pain. The truth was inside she was so full of fear with every move she would make. She felt like a failure with little education and the stupid one in the room. The one good thing was it didn’t stop her from surviving. The show must go on and it did. Jody may not have had education, but she had something else. She has a personality that sparkles and a heart of gold.

How does a small-town girl with little education write a book? She just starts typing and before she knows it has written a three-book series about her life in only two weeks. Jody has hidden for decades. She is now ready to share her story of her traumatic roller-coaster life. She spares no details as she goes deep into the darkness of the chains that held her captive.

Jody Paar will be releasing her new book May 31, signing her new book and speaking at the New York International Book Expo and Book Con in New York City May 31-June 1, 2018, at Javits Center.
http://www.bookexpoamerica.com/

FROM THE AUTHOR:
"As a silent soldier, I was walking around with this huge chain of fear attached to me. I had so much anxiety even just leaving the house.

"Fear had this soldier in the darkest room with chains on my hands and feet. So many silent soldiers are walking around today. They live in fear with everything they do.

"The good news is that freedom is on the way! In this series, I will continue to take you down the path of my life and each chain that is attached to me. In my life, I found myself in some very bad situations.

"Spoiler alert! The good news is that each one of these chains fell off of me, and they can fall off of you, too. With love, Jody" 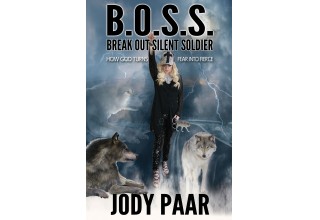 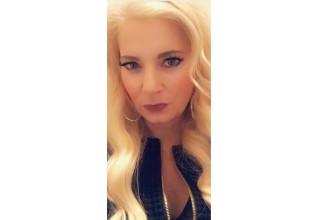 Zachariah B. Parry Releases New Book 'How to Escape the Chains of Conventional Wisdom That Keeps You Poor'
In His New Book "Unshackled", Zachariah Helps People Keep More Money and Not Gamble Their Financial Future.
Paar Media Group - Oct 7, 2020