PositiveSingles: Herpes Could Not Be Cured, but 'Can Be Saved'

Young Boy Never Broke Again (NBA YoungBoy), has recently released a new single and video "Can't Be Saved". PositiveSingles, the largest confidential herpes/STD dating and support online community since 2001, hopes the celebrity figure could lead the public in a positive direction on living with herpes. 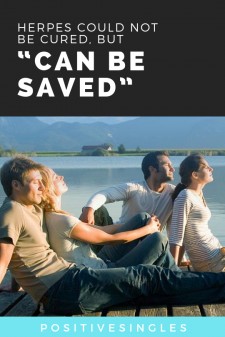 LOS ANGELES, September 18, 2018 (Newswire.com) - NBA Young Boy, an up-and-coming American rapper has recently released a new single and video “Can’t Be Saved” which as of today, has had some over 10 million views, and over 14 thousand comments. The song is regarded as the artist’s way of publicly confessing he’s got “herpes in my blood”. Following the release of the song, the artist’s girlfriend, Jania, also declared on Instagram she too has the STD. PositiveSingles, the largest confidential herpes/STD dating and support online community since 2001, hopes the celebrity figure could lead the public in a positive direction on living with herpes.

“He has added his voice, elegantly and lyrically, to help in dispelling the negative stigma that has surrounded herpes infection. NBA Young Boy has eloquently scripted the truth about living with herpes, although somehow fiercely,” Alexander, the Public Relation Manager of PositiveSingles commented.

PositiveSingles believes that speaking up is the very first step before joining the fight to remove herpes related stigma, especially for celebrities. It has been estimated that the psychological consequences of a herpes diagnosis are more damaging than the physical consequences. The platform believes that herpes is an infection that can easily be managed.

“We look forward to new art telling inspiring stories about how people overcome the STD. It can only redound to the good of all people with herpes feeling good about themselves,” noted Alexander.

Positive Singles iOS App Optimizes Bottle Drift Feature
The iOS app version of Positive Singles has recently announced that they have optimised the bottle drift feature so as to bring in better engagement and aid in improved dating ease. They are foreseeing great response for it.
Positivesingles.com - Oct 18, 2020
Newswire