Often taken long term for heartburn, ulcers, GERD, acid reflux, these drugs were only intended for short term use and are highly addictive. 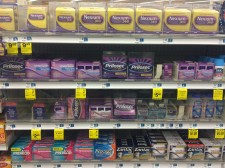 San Diego, CA, September 27, 2016 (Newswire.com) - Proton pump inhibitors or PPIs, a class of drugs that are among the most widely used medications in the U.S. This class of drug is used to treat regular heartburn, ulcers, gastroesophageal reflux disease or acid reflux.

These painful conditions occur when acid refluxes up your esophagus, causing a painful burning sensation and occasional choking sensation. The fluid in your stomach is highly acidic, which is necessary for proper and healthy digestion of food, protection against bacterias and absorption of nutrients.

"Doctors often prescribe these drugs way too quickly without considering the long term consequences of their use. Many people have a really hard time getting off these drugs, but put the effort in when they learn about the serious kidney risks and other serious complications associated with using these drugs long term."

There are a variety of different reasons that can cause acids to pass the lower esophageal sphincter and burn your esophagus, but most cases are due either to a hiatal hernia or Helicobacter pylori infection.

Occasional heartburn is best treated with simple lifestyle changes, such as simple changes in diet, drinking a bit of raw apple cider vinegar in room temperature water before and after your meals. Unfortunately, for individuals who experience chronic pain over a long period of time physicians frequently prescribe proton pump inhibitors and other popular heartburn medications. The following are a few dos and don't for occasional heartburn and can also help make a dent in more chronic problems.

Foods that promote inflammation are:

The top selling PPIs are all available both as a prescription and over-the-counter. However, in this instance, your doctor's orders may actually do more harm than good, as these drugs tend to make your situation worse rather than better and become highly addictive making it exceptionally difficult to get off the medications.

According to Alan Christopher a consumer safety advocate from Consumer Safety Watch who runs the ProtonPumpInhibitors.help website, "Doctors often prescribe these drugs way too quickly without considering the long term consequences of their use. Many people have a really difficult time getting off these drugs, but put forth the effort when they learn about the serious kidney risks and other serious complications associated with using these drugs long term."

Excess amounts of stomach acid is not often the cause of heartburn. Quite the opposite is actually true. Low amounts of acid in the stomach and an overgrowth of bacteria in the stomach changes the digestion of carbohydrates, which produces gases. The gases increases the pressure on the  lower esophageal sphincter, releasing acid into the esophagus, creating heartburn.

Luckily, many individuals have success treating these symptoms through a healthier diet. Be sure to avoid inflammatory foods and adopt a diet rich in inflammation-quelling foods to see if natural treatments work for you. Although PPI drugs do work well for people with acid problems, they do come with serious potential side effects that in many cases outweigh the benefits.

Learn more about the risks of proton pump inhibitor use at: https://monroelawgroup.com/